Netizens were not happy with Ministers being seemingly oblivious to what’s going on. 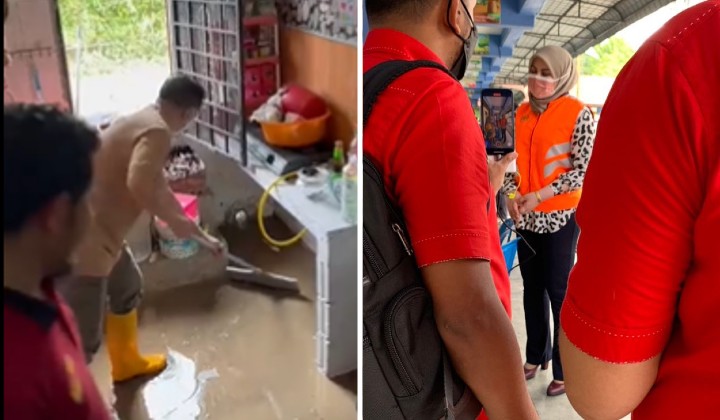 The weekend was a torrid time for many as heavy rains and floods affected parts of the Klang Valley, displacing families from their homes.

As is expected after a natural catastrophe, Ministers came down to have a look at what’s going on and the reactions from netizens have not been overly positive.

Here’s some of them:

Azmin comes in to sweep the floors

International Trade and Industry Minister Datuk Seri Azmin Ali tweeted a video of himself sweeping floors in a house located somewhere in Gombak, which is also his constituency.

It’s part of a series of tweets of him visiting various areas and checking up on the locals who were affected by the flood.

Netizens were quick to comment on the video, with one user saying that it looks like one of those Pendidikan Moral assignments where students include pictures of themselves doing housework.

yk this reminds me of that folio for moral where you have to take pictures of you doing housework PLEASE 💀 https://t.co/ZxCiPSnoJb

However, there were others that were critical, with another user listing things that Azmin should be doing instead.

Those who commented said that her attire was inappropriate given the circumstances with some comparing the Minister to other personalities.

Even Finance Minister Tengku Datuk Seri Zafrul Abdul Aziz was not spared from scrutiny, as social media users questioned the Minister after videos of him on a truck surfaced online.

Another user also tweeted a video of the Minister along with his entourage on a National Disaster Management Agency (NADMA) boat, which netizens feel could’ve been used for more urgent matters.