Driving through flood can kill a car, unless it’s a Kelisa, it seems. 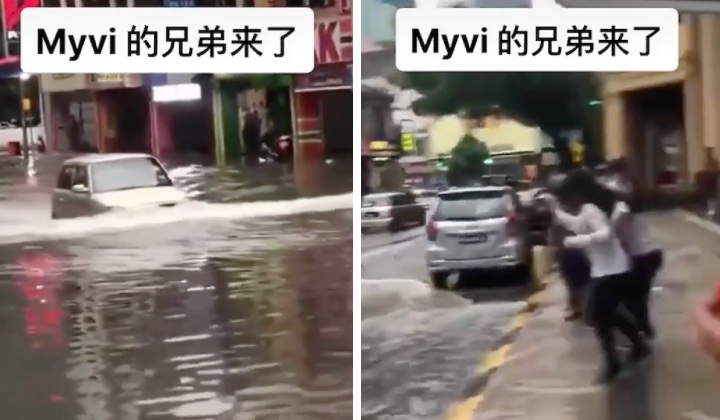 Presumably, everyone has seen that the humble Myvi can escape from all sorts of trouble.

Even rivers and trees, nor deadly collisions, are not a problem for Myvi.

But have you ever seen a small Kelisa that can ‘wade in the water’ like Myvi?

Recently, a video of Kelisa wading slowly through flood water has been circulating on the internet.

In the video, a crowd of people watched the spectacle, and a chorus of voices can also be heard as if the passers-by were all in awe of the Kelisa.

After much effort and against all odds, the Kelisa finally reached the opposite side of the road.

It was a difficult ‘journey’, as can be seen from the video.

The Kelisa was pushing on, even when the water level was more than midway over the car.

As a result of heavy rainfall, Port Klang was almost completely flooded and many roads in Klang were heavily flooded.

Many people who had just finished work were stuck in the traffic and unable to move for at least a few hours.

During the monsoon period, it can sometimes rain for days.

And with the worsening flood situation, the Selangor state government have listed down hotlines for those in need of help and information.