The school’s principal and the victim’s father had lodged police report on the matter. 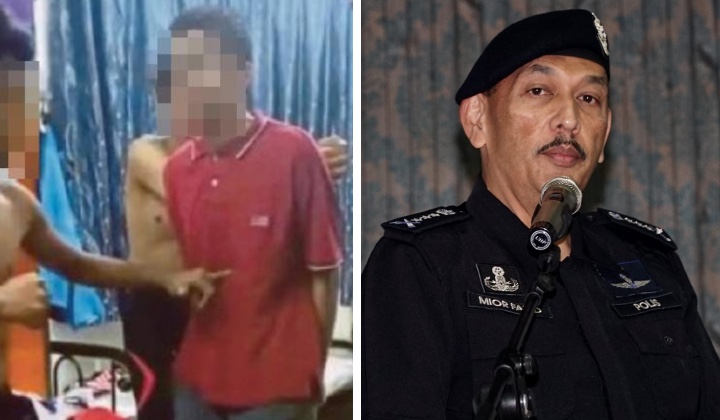 Some people say that we should mind our own business to respect other people’s privacy.

Perak police chief Comm Datuk Mior Faridalathrash Wahid was quoted by Utusan Malaysia as saying that it was revealed by the 13 -year-old victim during a police interview.

Based on the interview, the victim said he had advised one of the suspects not to watch pornographic videos and if he refused, he would report to the teacher or warden.

In the incident, the students were angry and started to hit and bully the victim.

Mior Faridalathrash said a Form Three student instructed them to punch the victim.

Following the incident, police detained 10 students to have their statements taken. They were later released on police bail.

Mior Faridalathrash added that the victim is currently being treated at a hospital in Selangor and his condition is stable without serious injuries.

Students’ Handphones To Be Analysed

Police have confiscated 11 mobile phones to be sent to the forensic department to see the contents in the device.

So far, two police reports have been received in relation to the case, namely from the school principal and the victim’s father. The investigation paper of the case will be sent to the Deputy Public Prosecutor for the prosecution process as soon as the investigation is completed.

On Friday, a 10-second video went viral on social media in which a student – surrounded by his friends in a dormitory room – was punched in the abdomen.

The video caught the attention of netizens who condemned the actions of the students.

Following the incident, 10 male students involving nine 13-year-old and another 15 -year-old were arrested while at the Kuala Kangsar District Police Headquarters (IPD) to assist in the investigation.

The case was investigated under Section 147 of the Penal Code for rioting and Section 233 of the Communications and Multimedia Act 1998 for improper use of network facilities or network services.

The students who beat up the victim had since been expelled from school.

It is not clear if the students will get a second chance to continue their studies in a different school.

In any case, there is concern that expulsion alone would not put an end to the problem.

A deep overhaul is needed, given that teachers themselves, who are supposed to lead by example, are partly to blame for the culture of bullying

Perhaps it is also time we look into the problem of pornography in Malaysia and its effect on the people.

It’s time Malaysians confront the problem together as a society, and not brush it aside or offer some half-baked solutions.