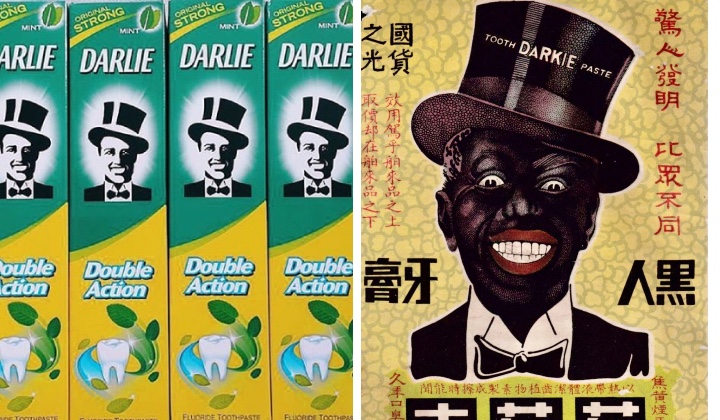 A leopard cannot change its spots, but a brand name certainly can.

Hawley & Hazel said the change is in accordance with Darlie’s brand mantra of “Good Things Come with a Smile”.

Besides the name change, the brand will also use more stylish fonts while emphasizing the signature Darlie smile.

Hawley & Hazel said the rename will improve Darlie’s brand purpose in accordance with the company’s values.

Before changing its name, Darlie was known as “Darkie”.

The word “Darkie” is very popular in America and Europe, referring to blacks.

This created tension among blacks at the time, as they thought it contained racist elements.

Not only that, the black man’s logo on the packaging was also changed to a more polite logo.

In fact, the name “Darlie” itself means “black person” in Chinese.

Following the change of name and logo, the toothpaste expanded its market to several Asian countries, including Singapore, Malaysia and Thailand where their names and logos are no longer considered offensive.

What’s In A Name

Hawley & Hazel marketed Darkie toothpaste as a parody of an American minstrel performer, Al Jolson, who was famous for his blackface performances.

Darky, or darkie, is a racist term used primarily in the Western World to refer to black people.

According to lexicographer Richard A. Spears, the word “darkie” used to be considered mild and polite, before it took on a derogatory and provocative meaning.

The Merriam-Webster dictionary defines darkie as an insulting and contemptuous term for a black person.