Khairy apologised to the people following the violation of SOP at the 100 Days of Malaysian Family Aspirations program. 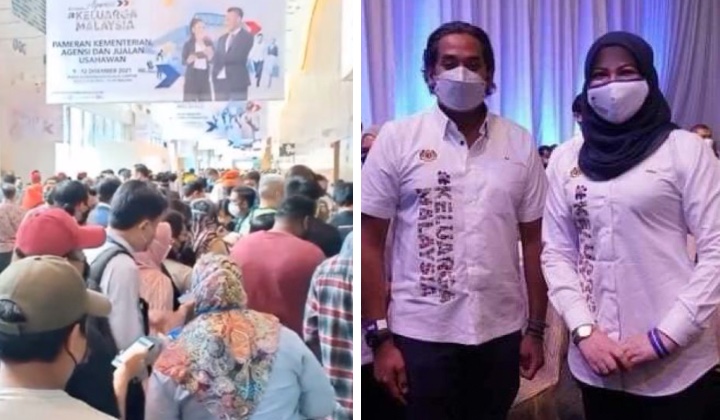 The government will lose its credibility in the eyes of the people if it continues to violate the Covid-19 standard operating procedures (SOP), said Health Minister Khairy Jamaluddin.

In a talk titled ‘Menilai Ketegasan KKM’ on TV1, Khairy said the issue is important because the government needs to maintain its credibility, especially during the pandemic.

The Rembau MP warned that the people may ignore the SOP if the government continues to behave in such a manner.

On 10 Dec, the organizers of the 100 Days of Malaysian Family Aspirations event drew a huge crowd.

They were fined RM1,000 for failing to ensure physical distancing.

People were trying to pay police and traffic summons following the offer of an 80 per cent discount for certain offences.

The event was organized by the Shared Prosperity Delivery Unit (Sepadu) under the Prime Minister’s Department.

Khairy, who also attended the event, said no security measures were implemented and there was a lack of enforcement of SOPs at the four-day event.

I see Sepadu as very weak and failed in carrying out their duties for the Malaysian Family Aspirations campaign.

He apologized to the people for what happened and called for everyone to look ahead.

Khairy added that the government will also learn from the incident and will do better in the future.

Khairy also debunked the perception of double standard by the Health Ministry in issuing fines.

He stressed that the Melaka State Election (PRN) is proof that the ministry was not selective in enforcing the rules and issuing compounds.

Caught In the Act?

Khairy himself was not spared from scrutiny by netizens.

He claimed that Rina had since deleted the photo, and is likely to have gotten an earful from Khairy for the faux pas.