Measures to stop the illicit cigarette trade that’s outlined in Budget 2021 must be implemented seriously to end the problem. 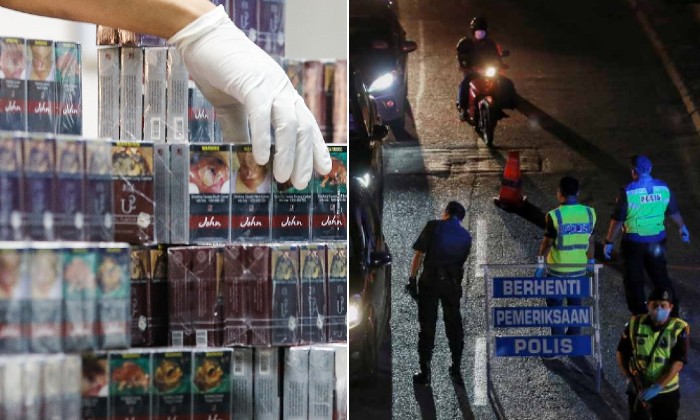 Measures taken by the government are working to slow down the illegal cigarette trade here in Malaysia, and policymakers must remain steadfast in enforcing them to put an end to the problem for good.

Recently, Deputy Finance Minister I Mohd Shahar Abdullah clarified in Parliament that the country is taking every possible step to intensify enforcement efforts to curb the leakage of the nation’s tax revenue from illegal cigarette and liquor smuggling activities.

In his address, the Minister disclosed that the country avoided losing RM281.69 million in taxes as of September 2021 after seizing RM41.43 million worth of illicit cigarettes and alcohol from a total of 2,518 recorded cases.

In 2020, authorities were successful in preventing a total loss of RM707.14 million to public coffers from a total of 2,842 cases of confiscated contraband worth RM97.34 million.

Mohd Shahar alludes to the fact that authorities were able to prevent these crimes and losses through various enforcement measures. These measures were outlined in Budget 2021 and included steps like;

Multi-Agency Task Force (MATF) – which involves the cooperation and participation of local and international enforcement and security agencies to combat black market activities on land, in the air and at sea by conducting joint operations such as roadblocks as well as sharing intelligence between authorities.

Enforcement Modernization – besides installing capabilities to allow for the sharing of intel between agencies, enforcement authorities such as the Customs Department utilize and provide tools like high-tech scanners to each and every one of the country’s entry and exit points to better detect illicit activities.

Controlling Transhipment Activities – taking strict action to tighten the country’s entrepôt by limiting and only allowing cigarette shipments in through five specific ports in the country: the North and West Port in Klang, the Tanjung Pelepas Port in Johor, the Senari Port in Kuching and the Sepanggar Port in Sabah.

Other measures also include tightening the renewal process for cigarette import licenses and not allowing shipments to be carried in or out of the country in small boats instead of large cargo vessels.

More Taxes – Making cigarettes and other tobacco products taxable at all duty-free and any free trade zone locations in Malaysia as well as imposing taxations on the import and re-exportation of cigarettes to and from the country.

Mohd Shahar notes that the steps taken by the government were prudent in preventing illicit activities and the country from losing precious tax revenue, even as the Covid-19 crisis steamrolled through the nation.

No rest for the wicked

According to Criminologist Datuk Seri Akhbar Satar, just because the current steps taken by the government are working, it doesn’t mean that authorities can take their foot off the pedal and relax their enforcement activities.

Akhbar who’s the Founder of the Association of Certified Fraud Examiners (ACFE) Malaysia and the former President of Transparency International Malaysia warned that criminals would always find a way to continue with their illicit activities.

He revealed that criminal syndicates are now taking advantage of and employing the services of financially troubled citizens to fill in the gaps in their smuggling logistics chain.

Just weeks ago, it was reported that the police managed to detain a lorry driver and his friend who were hired by smuggling syndicates to ship 333 large boxes of contraband cigarettes from Terengganu on its way to Kuala Lumpur worth RM3.3 million.

The driver was said to have been paid RM1,500 for the delivery and apparently didn’t even know who he was working for.

Akhbar also said that criminal syndicates were also paying off unethical law enforcement personnel in order to cover their tracks and get away with their schemes, making the whole situation a dangerous threat to Malaysia’s economy and national security.

He explained that, although measures set in Budget 2021 is promising, stricter enforcement must be done to end the issue.

Akhbar suggested for the government to carry out more careful patrols in and along the country’s borders, equip law enforcement agencies and personnel with better and more modern equipment, improve intelligence gathering capabilities and closely monitor their personnel to prevent corruption.

He lastly added that it would be a good idea to review the current price gap between legal cigarettes and illegal ones – as the rule of the market is that: people would always favour cheaper things despite it being a crime to do so.