Kopitiams are increasing their prices because of they’re struggling to get by and the Customs Department issued an order to enforce licensing the sale of liquor at restaurants and coffee shops. 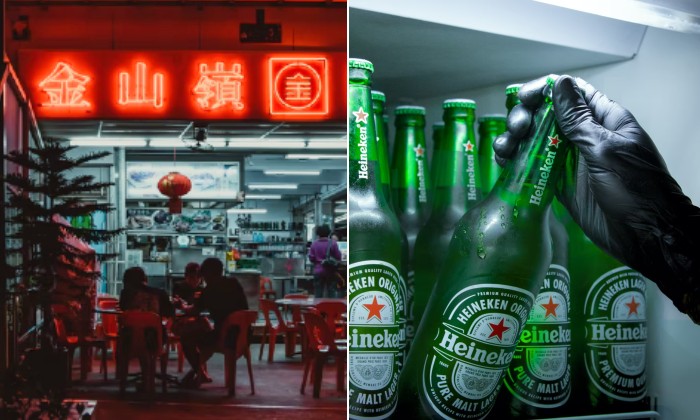 It appears that changes are brewing in Malaysia’s culinary scene as reports noted that the price of beverages at traditional kopitiams are expected to increase next year and that both coffee shops and restaurants nationwide would need a licence to sell alcohol from now on.

According to Malay Mail, representatives from kopitiam businesses explained that the price hike will, on average, be between 20 to 60 sen for a cup, depending on where the shop is located.

It said that the price would increase by 20 to 30 sen in rural areas and between 40 to 60 sen in urban areas.

Kopitiam owners cited expensive rent prices, high operating costs, and lack of profits to be the main ingredients behind the price increase. They agreed to install the new prices beginning 1 January 2022.

One owner said that with the price of goods such as milk and cooking gas becoming more expensive, businesses are struggling to get by.

Shops are also apparently understaffed as it’s mentioned that the monthly salary for foreign workers and the annual fees paid to agencies to employ them had increased from RM1,200 to RM1,650 and from RM6,000 to RM9,500 respectfully.

Meanwhile, The Vibes reports that the Customs Department had issued orders to enforce licences for the retail sale of liquor in restaurants or coffee shops, including Malaysia-themed coffee shops.

Apparently, the Department had gotten the OK from the Finance Ministry to enforce the licence.

The ruling had technically been in limbo for the past 28 years as the directive to licence the sale of liquor besides beer and stout in coffee shops and restaurants had apparently been postponed by the government since 24 August 1993.

The newly installed rule was noted to have been issued in August 2021 to city and town councils in the Klang Valley and other places nationwide.

It’s noted that the requirements for licencing liquor fall under the Excise Act 1976 (Act 176) and Excise Regulations 1977.

The move did receive pushback from stakeholders, including DAP Secretary-General and Bagan Member of Parliament (MP) Lim Guan Eng who argued that the licence came as a surprise and would place more burden on businesses who’ve been struggling since the Covid-19 crisis.

It’s said that depending on their operating hours, a liquor licence would cost businesses between RM840 and RM1,320 annually.