Some felt that they were being short-changed by the developer. 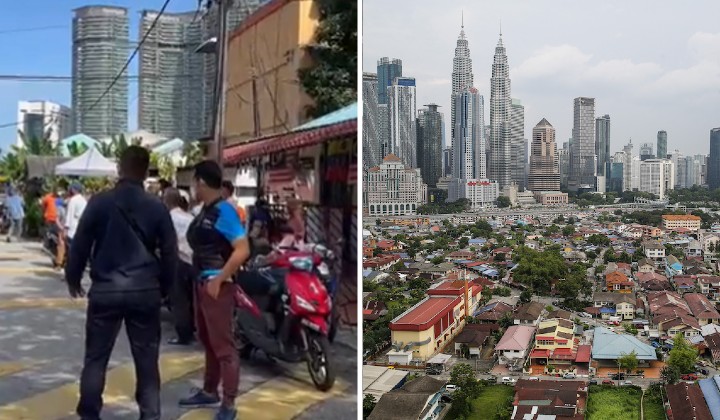 The compensation of RM200,000 to RM250,000 given to Flat Sungai Baru residents to vacate their homes caused a stir among residents in Kampung Sungai Baru, Kampung Baru who feel that the amount given is too low.

Based on reports from Sinar Harian, residents were disgruntled with the amount and wanted the government to intervene on the issue.

Some of the residents feel that this puts them in a difficult spot as it’s almost impossible to find a house worth RM250,000 in Kuala Lumpur.

Recently, a video was posted by Malaysia Gazette which showed several homeowners gathered in protest.

Reports say that up to 70% of the owners in the area allegedly agreed to the redevelopment of the area and have given their signatures.

Last August, some residents who did not sign received a notice of investigation under Form F, Land Acquisition Act 1960 who were asked to appear in turn on 23 to 26 August to be taken assessment evidence by the Land and Mines Office.

Some feel uneasy with the deal

A few of the residents who were interviewed felt that it’s close to impossible to find a home in Kuala Lumpur with the RM250,000 compensation and some argued that it’s difficult for them to restart their lives due to their age.

There are also those living in nearby residential areas who feel that their houses will be undervalued in the future, similar to what the owners in the PKNS flat are getting.

The Chairman of the Kampung Sungai Baru Community Association, Syed Salehuddin Syed Abdullah meanwhile, mentioned to Harian Metro that some were skeptical towards the deal as it might not favour the residents.

As many as 30% of residents who rejected the developer’s offer five years ago as they feel that the deal was allegedly biased. The developers came to bargain to move elsewhere, but their deal was biased and there was no black and white. If the company goes bankrupt, we can’t do anything.