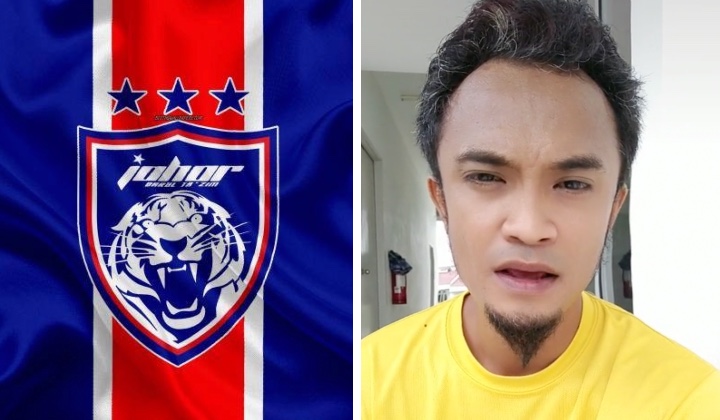 There is a Malay proverb – kerana mulut badan binasa – meaning we have to be careful about what we’re saying.

A haughty young chap, believed to be a Johor Darul Takzim (JDT) fan, is supposed to go naked from Kuala Lumpur to Johor.

He boasted that he would perform the full monty if Kuala Lumpur City FC can beat JDT in the recently concluded Malaysia Cup final at Bukit Jalil National Stadium.

Kuala Lumpur City FC won the game 2-0 and KL folks were rewarded with a ‘dear’ holiday.

He made the wager in a 33-second video on TikTok under the username @tintedoffer just before the game.

After the goals went in, netizens asked if he would honour his words.

Instead of staying true to his wager, he got cold feet and begged the public for mercy and forgiveness, but not before initial defiance.

When God Harden A Sinner’s Heart

Following JDT’s defeat, netizens asked the man to fulfill his promise by flooding the comments section on his Tiktok account.

The man, however, did not entertain netizens’ requests.

Instead, he responded by saying that those who condemn him are committing a sin.

Needless to say, the public was not amused, and pressure mounted on the man to deliver on his words.

Never Too Late To Repent

The public apology was made through video sharing on his TikTok account on Friday (3 December).

In the 49-second video, he promised not to repeat his actions and hoped that his apology would be accepted.

Assalamualaikum Warahmatullahiwabarakatuh. I humbly apologize to all Malaysians for my viral video recently. I promise not to repeat it again and I vow to give free tinting (installation of tinted mirrors) to this surau. I hope Malaysians can forgive me.

The young man asking for forgiveness from the public.

He did not say which surau, and merely showed the interior where he recorded the video of his apology.

At the time of writing, the apology video was viewed more than 1.1 million times.

To Forgive Is Divine

Most netizens forgive the man and hope he doesn’t repeat his mistake.

Some feel that the man would have maintained his attitude of superiority and contempt for others if JDT won the game.

Others suggested that if he does the full monty, he could use some tinting, ostensibly to protect his modesty and stop him from getting arrested.

Meanwhile, Minister in the Prime Minister’s Department (Religious Affairs) Idris Ahmad advised the man to forget about his wager altogether.

Idris, who is also PAS vice-president, was speaking to reporters at a press conference.

According to him, such a weird promise does not need to be implemented because it is not beneficial.

He said it also violates the teachings of Islam which sets the limits of aurat (the intimate parts of the human body which must, according to Islam, be covered by clothing).

It is not appropriate to do so, sure it is in the spirit of sportsmanship in supporting one’s team, but in terms of syarak (law based on the teachings of Islam), he does not have to implement it even if promised.