Jerusalem Post criticised Malaysia’s action and attitude towards Israeli sportsmen, among other issues. 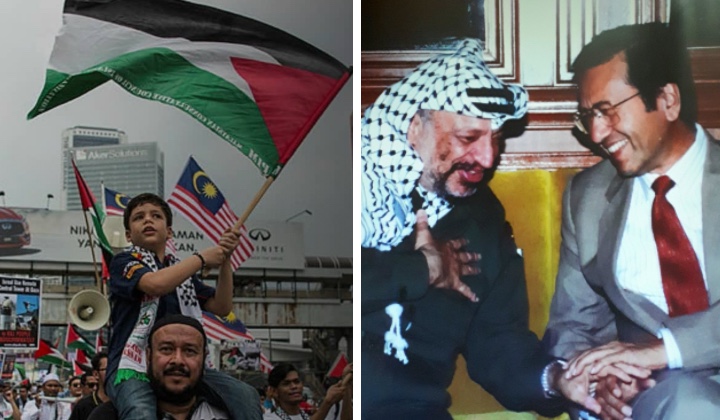 Israel media The Jerusalem Post (JP) has criticised Malaysia for banning Israelis from a squash championship.

In a scathing editorial featuring the Jalur Gemilang, JP accused Malaysia of being antisemitic and anti-Israel when the right thing to do is to put sports above politics.

Describing the ban as Malaysia’s shame, JP indirectly suggested that Malaysia be left out from hosting any sporting event on the international stage.

A simple guideline should be applied across the world of sports: countries that ban Israeli players from participating should be prevented from hosting any sporting event. Period.

The Jerusalem Post on Malaysia banning Israelis from squash championship

The Israeli English-language daily newspaper added that the fiasco would have been avoided had the organizer foresaw the problem in moving the tournament to Malaysia.

As such, there should be a clear list of all countries that prevent Israeli players from attending, it said.

JP suggested that those countries should be systematically banned from hosting any international sporting event.

There is no reason that the handful of extremist regimes such as Malaysia, Iran, Pakistan or similar states should be considered as venues.

Meanwhile, some netizens supported Malaysia and said the country did the right thing.

They warned Israel that it could find itself boycotted one of these days.

Dr. Mahathir Dragged Into The Crossfire

It accused Dr. Mahathir, who is close with the late Palestinian President Yasser Arafat, of sowing discord even though there is no history of conflict between Malaysia and Israel.

Citing an example, it recalled how Dr. Mahathir attacked the Jews in a 2003 speech to the Organization of Islamic Conference (OIC).

The Jerusalem Post accusing Dr. Mahathir as being antisemite

The editorial could not believe that Dr. Mahathir remains respected and welcomed in the West despite his rhetorics.

It questioned why Dr. Mahathir was still given a platform by Western universities like Oxford, Cambridge and Columbia.

JP criticized the universities for allowing Dr. Mahathir to ‘spout his modern-day Nazi-like speeches that he uses to mock the Holocaust and claim Jews are “hook-nosed.”’.

The world can learn from the religious tolerance coming from the region, and should avoid countries like Malaysia until they open their door to all athletes and turn away from the politics of hate.

The Sporting Event That Never Was

The World Squash Federation (WSF) canceled the Men’s World Team Squash Championship in Malaysia after the country banned the Israeli team from entering.

The event, which was supposed to take place on 7 December, had already been moved once, from New Zealand, due to the Covid-19 pandemic.

The Israel Squash Association (ISA) was quoted by JP that it thanked the WSA for its decision.

As lovers of sports in general and squash in particular, we know how difficult it is to cancel a tournament

ISA also offered to host the tournament and said it will not prevent Malaysian athletes from participating.

In response to the verbal attack from JP, The Movement For An Informed Society Malaysia (Wadah) said Malaysia did the honorable thing.

Wadah secretary-general Mohd Halimi Abdul Wahid said Malaysia has nothing to be ashamed of in the fight against Israeli apartheid and brutal Zionist oppression of Palestinians.

It is a matter of fact that sports boycotts were effective and contributed towards the dismantling of South African apartheid and the liberation of blacks in South Africa.

He also reminded Israel that they too joined the world in boycotting the Moscow Olympics in 1980 to protest against Soviet aggression and illegal occupation of Afghanistan.

The World Squash Federation announced on Monday that the World Men’s Team Squash Championship scheduled for next week in Kuala Lumpur was canceled after Malaysian authorities refused to allow entry to Israeli athletes. #Malaysia pic.twitter.com/7d6y4isVsb

Calling A Spade A Spade

Confronting Israel has always been second nature to Malaysia, as it stands with the rest of the world in solidarity with Palestinians.

READ MORE: Foreign Minister Saifuddin Abdullah on Zionism And Racism: A Call For Israel To Repent

The reason is the genocide perpetrated by Israel against the Palestinians, in what is one of the world’s most enduring conflicts.

For more than 50 years, Malaysians had been supporting the Palestinians through charitable assistance in various forms and lately, via cyberspace.

Various attempts have been made to resolve the conflict as part of the Israeli–Palestinian peace process, but the end remains nowhere in sight.