There are concerns that more Chinese primary schools will be without Chinese names on their signboards. 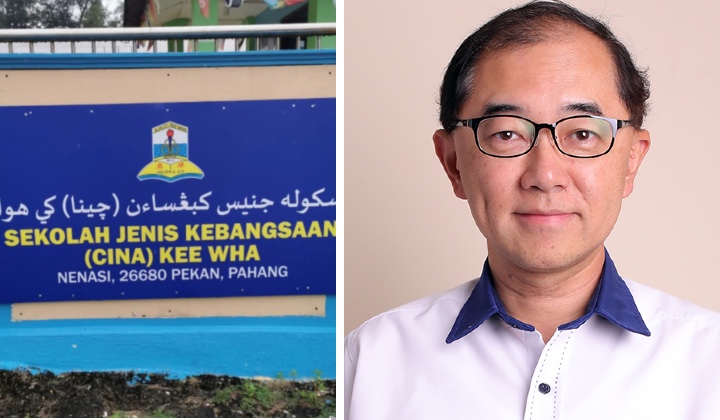 Earlier on, there were reports of an incident in which a Chinese primary school in Pahang had no Chinese words on the school signboard.

The incident – which started at two Chinese primary schools in Pahang – quickly led to a heated debate in the Chinese community.

They were notified by the District Education Office in early November this year that they would be replacing their school signboard with new ones.

The replacement shocked the school authorities when they realized that the new signboards did not have Chinese wordings, but only in Malay and Jawi.

According to Oriental Daily, five other Chinese primary schools in Kuantan were also informed that their new school signboards would be replaced on 27 November.

In an interview with Oriental Daily, Pahang Chinese School Committees Association Chairman Lim Chin Chee said he was grateful to the Education Department for placing the new school signboard.

However, they never agreed and could not accept that the new signboards are without Chinese wordings.

These are Chinese primary schools and it is incorrect and unjustifiable that the school signboard does not have Chinese words; and the fact that only the national and Jawi languages are there will make people mistook it for a national primary school.

He stressed that they did not object to the inclusion of the Jawi language in the school’s signboard, but as a Chinese primary school, how could it not have a Chinese name?

The report also pointed out that there are 51 fully-aided SJKC primary schools in Pahang that have been notified of the change of school signboards.

In response, Lim said that they will continue to oppose the change, as this is an unacceptable move that could spread to the entire state of Pahang and even the country.

In response to the issue, Deputy Education Minister Datuk Dr. Mah Hang Soon said that after consulting with the State Education Department, they had agreed to let the contractor redesign the new school signboard.

He said that in addition to the Chinese name for Chinese primary schools, he also suggested that the State Education Department include the Tamil name in Tamil primary school signboards.

The State Education Department director agreed with this view and will let the contractor develop a new signboard to reflect our multi-cultural and multi-lingual character.

On the other hand, National Unity Minister Datuk Halimah Sadique refused to comment on the matter.

When she was asked whether the move to exclude Chinese from the signage was in line with “national unity”, she responded that Malay is the official language of the country.

In any case, isn’t multiracialism and cultural diversity what makes Malaysia so attractive?

Let’s hope that this multiculturalism will bring us more good influence rather than bad blood.

After all, every culture deserves our respect!