Almost 50% of members have very little savings to last their golden years. 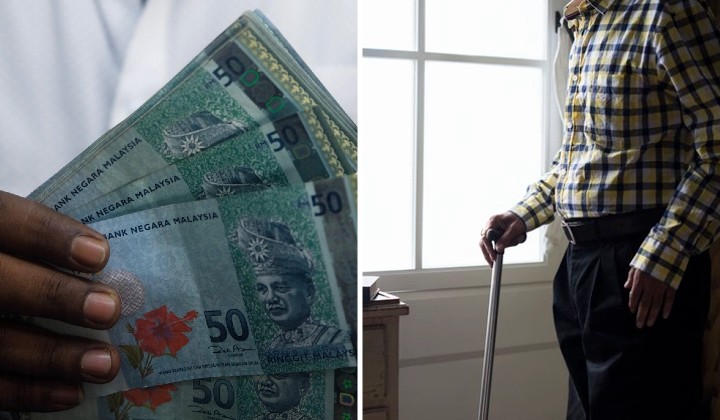 With members having very little savings due to pandemic withdrawals, the Employees Provident Fund (EPF) worries that the majority of its members are likely to live in poverty during their later years.

EPF Chairman Tan Sri Ahmad Badri Mohd Zahir was quoted by Bernama saying that it would not only be detrimental to the lives of individuals, but also to the country’s socio-economic landscape and fiscal health.

Currently, he said, 48% of EPF members’ savings are at a critical level – an increase of 28% compared to before the pandemic.

With the life expectancy of Malaysians at 75 years, and expecting EPF members to start withdrawing their retirement savings at the age of 55, the available savings should be sufficient for at least 20 years. In other words, with the median savings of all EPF members under 55 years at RM13,000, it means they can only spend RM54 per month for their retirement period.

Ahmad Badri said the median savings of EPF members at the age of 54 at RM38,000 means that retirees can spend up to RM159 per month for the next 20 years.

In order for members to recover the amount lost from Covid-19-related withdrawals, they would have to work for an additional four to six years.

It’s previously reported that RM101.1 billion has been disbursed under i-Lestari, i-Sinar, and i-Citra – which is 22% of the government’s RM530 billion stimulus program to help Malaysians as a whole.

The stats also show that only three out of 10 adults in Malaysia are covered by social protection such as government pension schemes and EPF protection.

We see only 7.5 million of the 23.5 million working-age population currently living in the country. This pandemic has also changed the job landscape towards informal. The increase in the self-employed and informal is expected to increase from 5.7 million currently to 8.8 million in 2040.

We need to address this, says EPF

To overcome this issue, he said the country needed comprehensive solutions, including:

READ MORE: [Watch] This ‘Atok’ Is 68 & Still Works As A GrabFood Delivery Rider

In this context, the EPF wants to contribute to improving the well-being of the people. We strongly support the government’s Budget 2022 initiative to increase the i-Saraan program by including those aged 55 to 60 years. This will make i-Saraan more attractive to those in the informal sector to save for their retirement.

i-Saraan is set up by the Fund to allow for self-employed individuals to save up for their retirement.

It’s not just for gig workers, there’s also the Suri Incentive Voluntary Contribution or i-Suri which has been integrated with the Social Security Organization (Socso) and rebranded ‘Kasih Suri Keluarga Malaysia’, which enables housewives and widows registered under the e-Kasih system, to have access to social security.