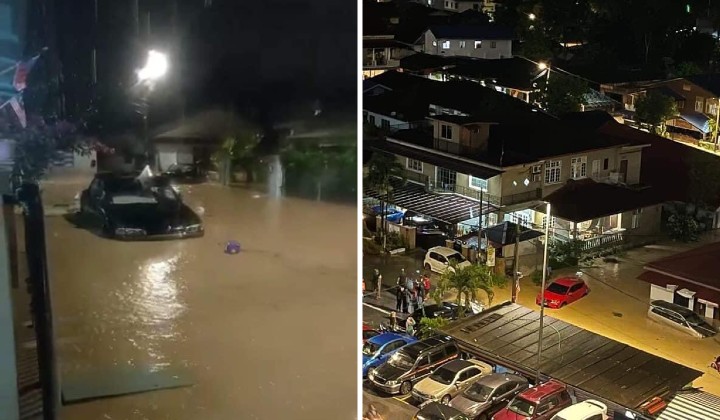 According to reports from Berita Harian, some of the locations affected include Taman Hillview, Kampung Lembah Jaya Utara, and Lembah Jaya Selatan over in Ampang.

The three areas were inundated by flash floods as high as 0.3 meters to 1.5 meters.

It’s not just in Ampang, as based on reports from Kosmo, other areas such as Hulu Langat and Gombak were also affected.

Folks living in the area and also netizens shared videos of their homes and housing being flooded with water.

It’s reported that the Selangor government has deployed several agencies to provide emergency assistance and assist in the evacuation process.

Meanwhile, in other areas which are not affected by flash floods, locals reported that multiple vehicles have been damaged by fallen tree branches due to the heavy rain.