Deputy Foreign Minister Kamarudin Jaafar told the Parliament that the relationship between the two countries has been fairly close. 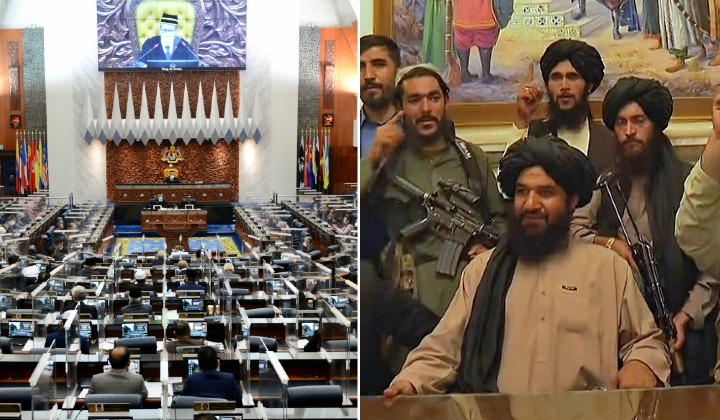 The Malaysian government has been in contact with the Taliban government of Afghanistan trying to ensure that their counterparts are clear on things like democracy and human rights.

Deputy Foreign Minister Kamarudin Jaffar said in Parliament that contact has been made via a delegation from the Global Peace Mission (GPM) last September to meet the Taliban leaders.

Through our embassy especially in Qatar, we have channels of communication with the current Afghan government for the purpose of ensuring that they can successfully create a state that gives human rights to all its citizens, democracy, and also women’s rights.

He said that officially, Malaysia and Afghanistan have a fairly close relationship and the country has been providing assistance to this Afghan government and country for the past 20 years.

The statement was made as a reply to a query by Hulu Langat MP, Datuk Hasanuddin Mohd Yunus on what the government is doing to reduce the negative perception towards the Taliban.

After taking over Afghanistan, the Taliban has been slowly imposing bans on Afghans with the latest one being the ban of women in TV shows, according to reports from BBC.

Meanwhile, female presenters and reporters were ordered to wear headscarves while doing their jobs.