This measure is expected to reduce the demand burden for treated drinking water and to ensure a continuous supply of clean water sources. 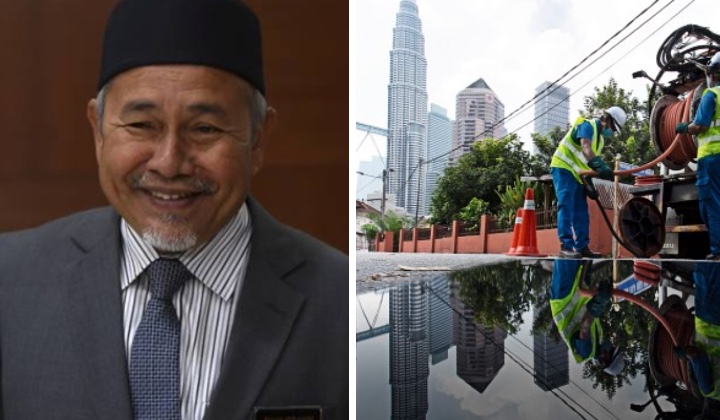 Its Minister Datuk Seri Tuan Ibrahim Tuan Man said the treated effluent can be used for watering trees and landscapes in the cities.

He said such a move, aside from being environmental friendly, will also help PBTs save cost as treated water is expensive.

The move will also ensure more treated water can be allocated for consumer use, meaning less water cuts.

This initiative is not only capable of generating a cyclical economy. It is also an important effort in the sustainable management of water resources through the use of treated effluent as an alternative water source.

The minister also described the move as being in line with the government’s efforts to achieve targets in Sustainable Development Goals 2030 (SDG), especially those related to the provision of quality sanitation systems to Malaysians.

Treated effluent from these sewage treatment plants has great potential to be reused as an alternative water source for non-drinking purposes. This initiative aims to optimize the country’s existing water resources while preserving the environment towards a sustainable water services industry.

He added that agreements are already in place in certain states such as Selangor and Malacca to reuse sewage effluent at industrial areas.

Tuan Ibrahim was speaking at the launch of IWK’s Sewerage Gallery at it central treatment plant in Pantai Dalam on Monday.

The Sewerage Gallery is to showcase the evolutionary history of the country’s sewerage system.

The gallery is housed in the first pump station in Kuala Lumpur which was built in 1956 during the British rule.

The launch was also in conjunction with World Toilet Day 2021.

With the theme ‘Valuing Toilets’ chosen by the United Nations (UN) this year, the aim is to draw attention to the fact that toilets and sanitation systems have very low funding compared to other sectors.

This has impacted health, economy and the environment especially in poor and marginalized communities.

Who cares about toilets?
3.6 billion people do. Because they have nowhere safe to go.
If you have a toilet, thank it for maintaining our dignity and health. Toilets at schools means girls can keep learning while menstruating.
🚽 Toilets for all by 2030. #WorldToiletDay pic.twitter.com/QpN1zNA4EI

At the same time, Tuan Ibrahim reminded the general public to appreciate unsung heroes who manned the sewage plants.

This treated wastewater is to ensure that the effluent discharged back into the water is safe and does not pollute the environment.

IWK Employs “Fly Maggots” To Eat Up Your Sewage Biowaste