Najib’s latest proposal on another round of cash has set tongues wagging. 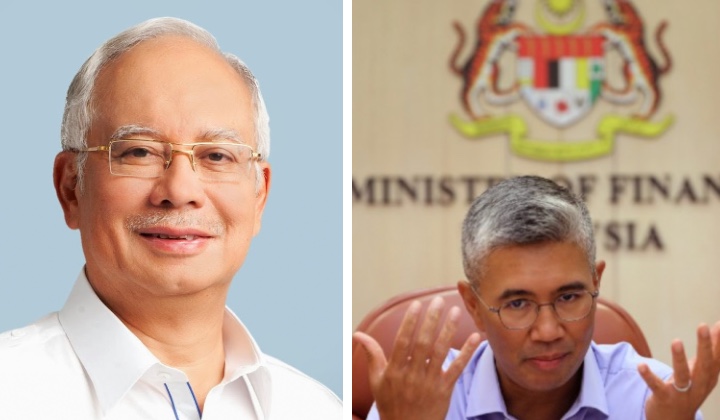 The statement came in the wake of Barisan Nasional’s big win in the Melaka State Election (PRN) last Saturday.

In the statement, which was made through a post on his Facebook page, the Pekan MP asked Minister of Finance, Tengku Datuk Seri Zafrul Tengku Abdul Aziz, to act immediately on the request.

The Power of ‘Bossku‘

Following the former Prime Minister’s proposal, netizens were filled with much enthusiasm.

They fully support the proposal and hoped that the government would immediately approve another i-Citra withdrawal of RM10,000.

Thank you Dato, in happily celebrating the victory, (you) still remember the people who are in difficulties,” wrote Naim Nazihar in the comments section.

I’ve applied for jobs everywhere, but not everyone wants to hire, they prefer those who are healthy and under 30 years old. That is why we need RM10,000 to use as capital for small business.

Najib had been credited with suggesting the withdrawal scheme since the early stages of the Covid-19 pandemic last year.

Don’t Count Your Chickens Before They Hatch

Even if the scheme is approved, not all would get to enjoy.

The reason is simple: they don’t have that sufficient savings in their EPF account.

Furthermore, such EPF withdrawals are meant as stop-gap measures and not to be taken as long-term solutions.

The idea is to replenish it once the person’s income returns to normal.

Those who had to dip into their retirement funds often have very little left in it in the first place.

Many would have cleared a massive amount of their savings in the previous i-Sinar and i-Lestari schemes.

The money in EPF is meant to ensure a basic lifestyle after retirement, and so, be vigilant and count the cost before making the withdrawal.

Accordingly, one needs at least RM240,000 in EPF savings in order to support their basic retirement needs, based on the calculation of RM1,000 per month for 20 years from age 55 to 75.

Will The FM Sing The Same Tune Once More With Bossku?

However, Tengku Zafrul certainly enjoys a good relationship with Najib, more than most people would imagine.

The technocrat was one of the singers in a music video for Najib’s 2018 election campaign.

Tengku Zafrul was Chief Executive of Malaysian banking group CIMB at that time, when Najib’s younger brother Nazir Razak was the Chairman.

It would be unreasonable to assume that he would support Najib’s proposal based simply on friendship.