There is no grand strategy. Anwar is simply trying to survive from one election to the next. 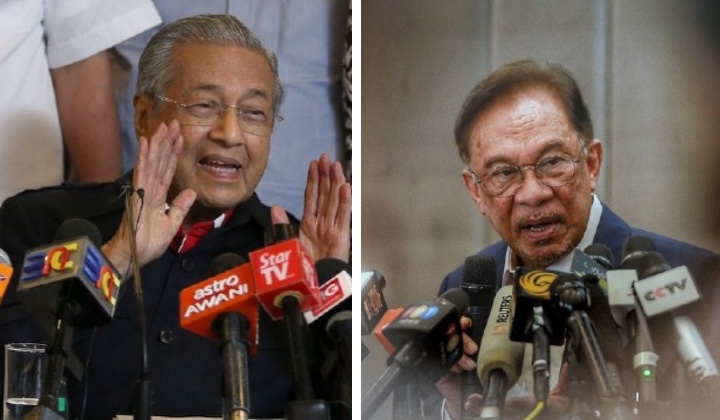 According to sources close to the party’s internal discussions, senior PKR leaders and activists are questioning Anwar’s ability to lead his party and Pakatan Harapan (PH).

Accordingly, PKR would find it hard to answer to their allies, especially DAP.

The party – wiped out in Melaka including its information chief Datuk Seri Shamsul Iskandar Mohd Akin – would lose its bargaining power in seat allocation, especially in mixed-seats, in the next general election (GE).

Another party source said a post-mortem study would be carried out in the next few days.

Meanwhile, MalaysiaNow quoted a former PKR MP saying that any post-mortem regarding the defeat in Melaka will boomerang back to the party’s central leadership.

The answer to why we lost in Melaka is somewhere outside the state, and an honest autopsy will reveal some bitter truths to be swallowed. Some big names lost. Leaders need to reflect, maybe they need to think about the main reason why the party was formed.

At the same time, netizens also took Anwar to task and said it’s time for him to step aside after Barisan Nasional (BN) romped to victory.

Point to ponder.Anwar Ibrahim has never led any coalition to victory. PRU-14 was not his victory, it was a Tun M led victory. PRN Melaka is clear sign of the same.Proof is in the pudding.

Many netizens want the leadership of the opposition to be handed back to the younger generation or to former Prime Minister Tun Dr. Mahathir Mohamad who was the main factor in their victory during the last general election.

Pakatan’s action opened a floodgate of criticism: that it’s without any principles and would readily work with anyone just to achieve its goals.

Anwar should not have accepted frogs in the first place.

Some blamed Anwar for being in Sarawak during the night of the election, and accused him of knowing well ahead that PH will do badly in the polls.

In fact, he was in Sarawak to prepare for upcoming polls in the Hornbill state.

It’s always easy to blame others.

In Malaysian politics, DAP has certainly been a favourite scapegoat for all that is wrong with the country.

Even more amazing is the fact that DAP is blamed for all that is wrong on both sides of the political divide.

Unsurprisingly, following Pakatan Harapan’s (PH) abysmal performance in the Melaka state election, there are still those who blame it on DAP.

This is despite the fact that DAP remained the biggest winner among the PH component parties when it retained the Bandar Hilir, Kota Laksamana, Ayer Keroh and Kesidang seats.

The public can expect more survival scenarios being floated as Anwar, his party and allies in PH ponder their future.