The incident happened in Butterworth, Penang. 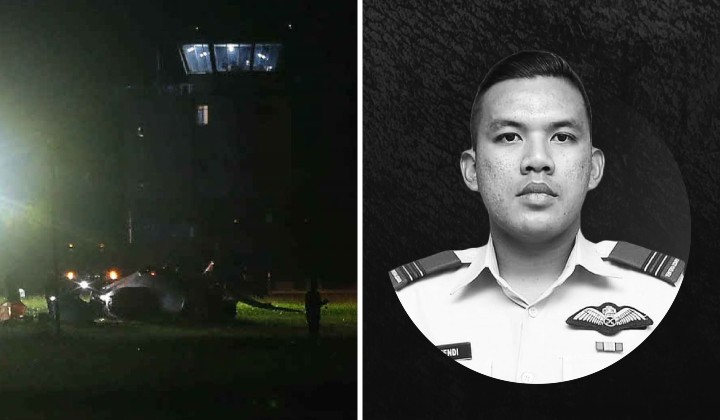 The Royal Malaysian Air Force (TUDM) has confirmed that one pilot has died from an accident at 10:07 pm while conducting Night Flying exercises.

They said in a statement that two Hawk 108 pilots were involved in the accident:

Based on reports from Berita Harian, the incident happened in Pangkalan Udara Butterworth, Penang.

TUDM noted that both pilots were married, and their respective families have been informed.

They also said that the welfare of the victim’s family will be given priority.

TUDM is taking immediate action and will inform the current developments regarding this accident incident. All parties are requested not to spread any speculation or any unauthentic news. The TUDM will also set up a Detailed Investigation Board on this incident.

The incident has caught the attention of many, including Prime Minister Datuk Seri Ismail Sabri Yaakob and Senior Minister (Defense) Datuk Seri Hishammuddin Hussein Onn who expressed their condolences.