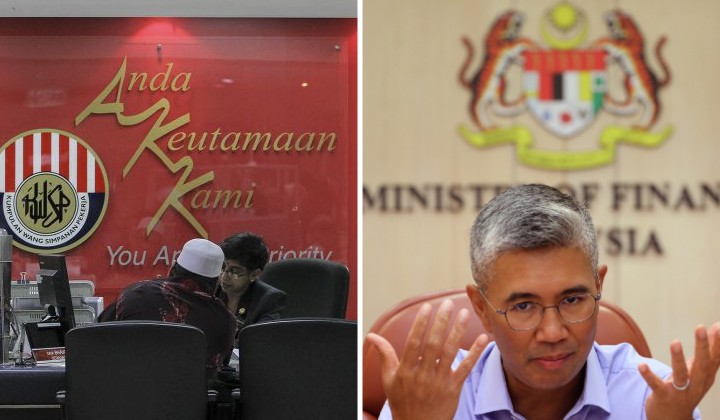 There are around 3.6 million Employees Provident Fund (EPF) members who have savings of less than RM1,000 while some 6.1 million contributors now have less than RM10,000.

Finance Minister Tengku Datuk Seri Zafrul Tengku Abdul Aziz was quoted by NST saying that this is based on assessments as of 30 September, after a total of RM101 billion in withdrawals were made through i-Lestari, i-Sinar, and i-Citra by Malaysians struggling to get by through the MCO periods.

READ MORE: Only 3% Of EPF Members Have Enough Money For Retirement, Says EPF

Not enough to last for a lifetime

This is not a comfortable amount for retirement.

He mentioned the figures as a written reply to a question from Pandan MP Datuk Seri Dr. Wan Azizah Wan Ismail.

Tengku Zafrul also said that members who only have around RM50,000 will use up that money in four years if their monthly expenditure is RM1,000 or 20 years if they only use RM200 per month.

With retirement coming in 15 years, he said it’ll be a challenge for these members to save up before they reach retirement.

For example, 73% or almost three-fourths of EPF members are in a dire situation where their fund is insufficient to retire above the poverty line. EPF has estimated that members need to work between four and six additional years to rebuild their savings that have been withdrawn during the pandemic.

Although all three initiatives have helped to reduce the blow from the pandemic, this puts them in a vulnerable situation without retirement protection, he said.

This, he said, has caused a significant drop in the percentage of members that have the basic saving of RM240,000 at 55.

Government trying to do something about it

The government, together with EPF, Zafrul said are carrying out efforts to help members build back their savings such as the i-Saraaan incentive and Kasih Suri Keluarga Malaysia.

In addition, the Social Protection Council Malaysia (MySPC), chaired by the prime minister is currently studying fundamental reforms of the country’s social protection system. The efforts would help towards addressing any mishmash of the system, to ensure that the vulnerable have the access to the minimum standard of living even in an unpredictable environment.