The driver was shocked to see the figure on the road while driving early in the morning. 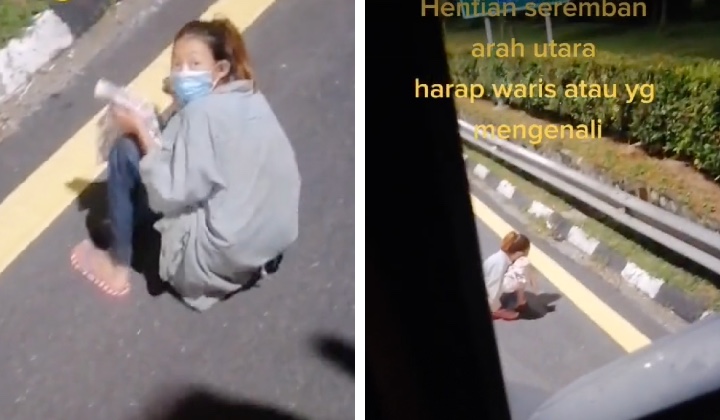 If you were halfway through a night drive and saw a woman squatting next to the road, you’d think you’d run into a ghost!

This was what happened to TikTok user @harungkal when he was driving a heavy vehicle at 4.30am along a highway and entered a north-bound rest stop near Seremban.

He saw a woman squatting near the side of the road, motionless.

The sight caught his attention, and he grabbed his mobile phone to film the scene.

The initial impression was that the woman might be squatting by the road because her significant other had abandoned her.

It was also thought that she was in some trouble.

Unexpectedly, when he called out to her, she didn’t cry nor seem in distress.

The video attracted the attention of netizens, with over 1.1M views and more than 1,800 comments.

Netizens were shocked, saying that it’s too dangerous for the woman to squat on the road.

The guy then reported the incident to law enforcement agencies because he was worried about her safety.

He took a picture of the girl and uploaded it online to find her family.

It is unknown what eventually happened to the woman.

In any case, it is hazardous to sit by the side of the road.