The pandemic has made it difficult for single people to find companionship. 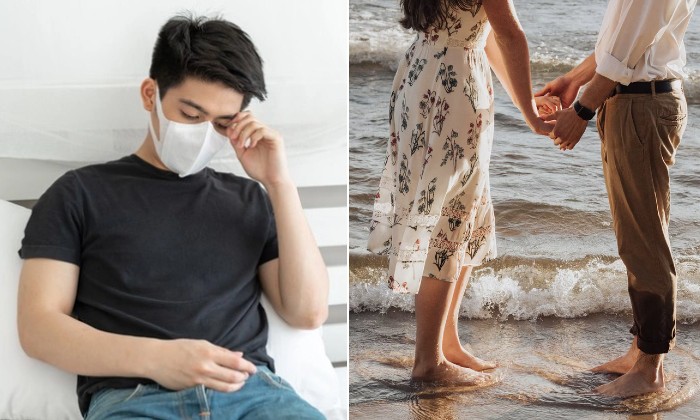 It’s been a lonely and loveless year for the majority of single people around the globe, and despite their desires to find meaningful connections and commitment, the pandemic has proven to be (for a lack of a better word) a huge c*ck-block in their search for companionship.

A survey conducted by Asia’s premier dating service, Lunch Actually looked into the private love lives of some 2,500 people across Southeast Asia, including 500 men and women between the ages of 24 to 55-years-old right here in Malaysia.

The study found that a lot of people have been struggling with stress, loneliness, low self-esteem issues and the feeling that they have little to no hope of finding love.

To start, the pandemic has changed people’s opinions about dating, relationships and marriage.

Results from the survey revealed that 93% of Malaysian singles now want to be in a committed relationship compared to just 76% the previous year.

While 27% feel more societal pressure to get married, especially from members of their own family.

But when asked why they still remain single, Malaysians had this to say:

With the pandemic forcing people into isolation, many confessed that their mental health has worsened to a point that it’s affected their dating lives.

This was largely attributed to people’s inability to go out freely, working from home for too long as well as pandemic fatigue.

According to the survey, close to 70% of people have had zero physical or virtual dates throughout the pandemic period.

Meanwhile, 73% of the people surveyed struggle with feelings of stress, 71% feel lonely, and 55% of singles feel stuck with nowhere to move forward with their lives.

Polls show that 63% of people feel that there is no one out there who would understand what their feeling or would know how to love them, while another 55% and 41% of the people surveyed respectfully say that they have lost confidence in themselves and don’t feel like going out on dates to meet people.

Read More: Malaysians Take Up Online Dating After Lockdown Proves How Difficult It Is To Be Lonely

Despite this dreary atmosphere, a majority of people remain hopeful in their search for love and are making more precise moves.

The results of the survey also noted that 86% of people were being more upfront with their intentions while dating and do not want to waste their time on casual dating, whereas 72% of people say they have stopped doing it.

This is echoed by 39% of singles surveyed who feel connected to one another in having a sense of community knowing that there are other singles in the same journey to find the one.

So don’t give up people. there’s surely someone special waiting for you out there. 🥰