Although the article was a straightforward report of Ain moving school, the social media captions sparked a lot of negative comments. 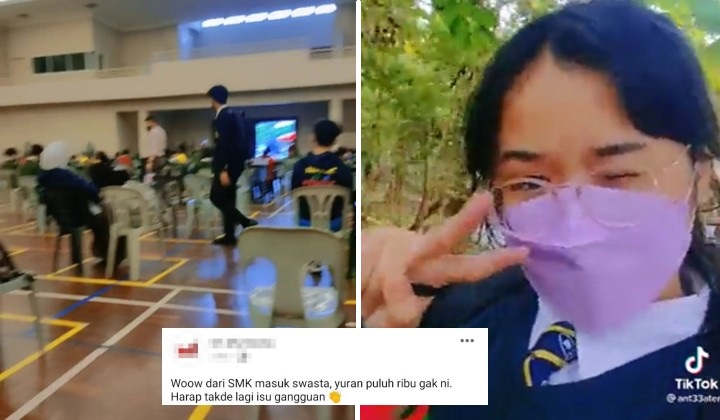 Just the other day, student activist Ain Husniza posted a short video documenting her third day at her new school.

Her supportive father Saiful Nizam also posted on his social media to say Ain is happy at her new school, along with the video.

However, it seems not everyone is happy with this move.

The caption appears to have taken a subtle dig at Ain for moving from an SMK school to a private one that costs “tens of thousands” in fees while the headline of the article the post links to reads: “Accusing the teacher of joking about rape, ‘happy’ teenager moves to a private school.”

How to make Malaysia progress when we have headlines that attract negative comments instead of positive ones.

His tweet from yesterday (11 November) has since received close to 6,000 retweets with over 7,000 likes.

Some comments to Omar’s tweets were in agreement with one netizen saying the comments on Facebook stressed her out.

Others said it was expected from a tabloid.

This netizen however thought it was all part of a ploy for easy marketing.