Looking at KJ, we are surprised weed is not legal already. 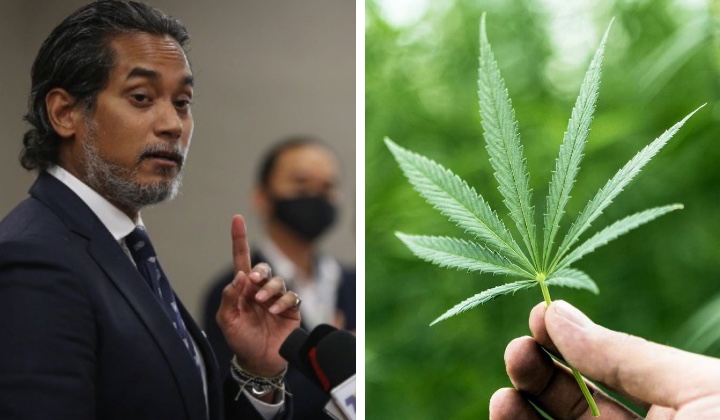 Cannabis use is legal in Malaysia, albeit for medical purposes, says Health Minister Khairy Jamaluddin.

The Rembau MP made the revelation in a written reply to his Muar counterpart, Syed Saddiq Rahman.

Khairy noted that marijuana (cannabis products that are made from the dried flowers, leaves, stems and seeds of the cannabis) for medical purposes is permitted under the Dangerous Drugs Act 1952, the Poisons Act 1952 and the Sale of Drugs Act 1952. Naturally, netizens were excited with the announcement.

As usual, sarcasm was also thrown in for good measure.

Nevertheless, people are still wary of fooling around with cannabis.

What I know is possession of 200g cannabis(worth RM500) can invoke the presumption of trafficking. The accused will be hang if he fails to rebut the presumption or raise a reasonable doubt.

Early this year, a man was sentenced to death for trafficking 299g cannabis (worth RM747) pic.twitter.com/EnjuWoNRq1

On November 8, Syed Saddiq had asked the Ministry of Health (KKM) to clarify Malaysia’s position regarding the use of hemp or “medical marijuana” as alternative medicines for patients.

The former Malaysian youth and sports minister pointed out that the practice is common in foreign countries and accepted by the international medical community.

READ MORE: Have The Guts To Talk About Marijuana Benefits Before We’re Left Behind, Syed Saddiq Demands In Parliament

In the end, he was more than satisfied with Khairy with the answer given.

I am really impressed with the answer given by YBM @Khairykj & his team at MoH.

1) Medical cannabis is allowed when preconditions are met.

2) If can be proven via science, can be registered.

What Kind Of Cannabis-Product Is Actually Allowed?

In truth, pot fans have no reason to get carried away.

Khairy Jamaluddin says cannabis-containing products should be registered with the Drug Control Authority (DCA) as prescribed by the Control of Drugs and Cosmetics Regulation 1984 under the Sale of Drugs Act.

Importers must have a license and import permit under the Control of Drugs and Cosmetics Regulation, the Poisons Act as well as the Dangerous Drugs Act, to bring such products into Malaysia.

Likewise, only dealers with a license under the same regulation and Acts are allowed to carry out the wholesale trading of products that contains cannabis.

Furthermore, only registered medical practitioners under the Medical Act 1971 can conduct the sale or retail supply of such products.

READ MORE: Perlis Has The Best Climate For ‘Cannabis’, So UniMAP Is Growing Em’ There

Khairy added that cannabis products can also be sold or supplied to individuals – upon prescription by registered medical practitioners – by registered pharmacists with a Type A license.

Type A Licence is issued to a pharmacist to import, store and deal generally all poisons by wholesale and retailor by wholesale only or by retail only.

Therefore, if there are parties who have sufficient scientific evidence to use cannabis (hemp (another name for cannabis)) for any medicinal purpose by taking into account the aspects of quality, safety and effectiveness, then the application to register cannabis products for medicinal purposes can be submitted to DCA to be evaluated and registered under the Control of Drugs and Cosmetics Regulation 1984 in order to be marketed in Malaysia.

Khairy went on to highlight that cannabis is regulated under the Single Convention on Narcotic Drugs of 1961 and listed under Schedule I of the Convention.

The cultivation of the cannabis plant exclusively for industrial or horticultural purposes, however, is exempted from the Convention.