Malaysia
Brought to You by

Sewerage charges haven’t been reviewed since the concession agreement way back in 1994. 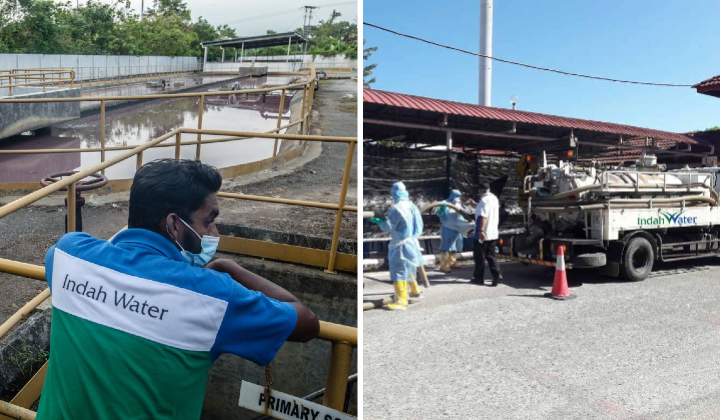 He was quoted by Berita Harian saying that since the concession agreement on 1 April 1994 until now, IWK has been responsible for managing more than 7,000 sewage treatment plants and maintaining 22,000 kilometers of sewerage pipes – an increase of almost 10 times over the initial concessions signed.

The water treatment company is also tasked with maintaining about 1.3 million individual septic tanks and more than 800,000 traditional toilet tanks, an increase of almost 10 times over the initial concessions signed.

Tuan Ibrahim added that most of the public sewerage assets in the country have been around for a long time – a lot of them for a few decades – and IWK is now facing challenges to ensure they operate optimally, while at the same time needing to constantly upgrade systems and assets with cost-efficient, effective technology and new standards.

One of the reasons why costs have been increasing is because of electricity charges, which constitute the highest expenditure for operation and maintenance costs, according to IWK CEO Narendran Maniam.

He mentioned that the increase in old and aging sewerage assets also adds up to the increase in operating costs, requiring maintenance and repair work to comply with the stipulated standards.

Another cost factor is the addition of public STPs every year which will have to be maintained by IWK, adding to the overall expenditure.

All this will add up to the average maintenance cost of about RM18 per month, compared to the current charges imposed by domestic connected consumers which are between RM2 to RM8 per month.

Furthermore, all these assets need to comply with the Department of Environment’s (DOE) standard of effluent discharge quality so that the treated effluent can be released into the rivers safely.

Additionally, a study conducted shows that the review of sewerage service tariffs should be carefully considered to offset the cost of maintaining old assets, the increase in electricity tariffs, and the emergence of new and complex threats of environmental crime.

Recent times haven’t made it easier for IWK with the implementation of the Movement Control Order (MCO) last year resulting in people having to stay at home.

What this translates to is the increase of bathrooms, washing machine, and kitchen sink use, bringing domestic wastewater production from 5,887.4 million litres daily in 2019 to 6,205.53 million litres a day in 2021, according to reports from The Malaysian Reserve.

Despite the rise in consumption, IWK has taken on the challenge as frontliners, maintaining sewage treatment plants (STPs) that have been operating non-stop, even during the MCO period.

In order for IWK to stay focused on its task to ensure the sustainability of the environment and public health, the National Water Services Commission (SPAN) will open an online survey from 9 November to 23 November 2021, for the public to send in feedback on the proposed IWK’s tariff adjustment.