The Delta Plus variant was brought into the country by two returning students from the United Kingdom where it accounts for more than 6% of the cases there. 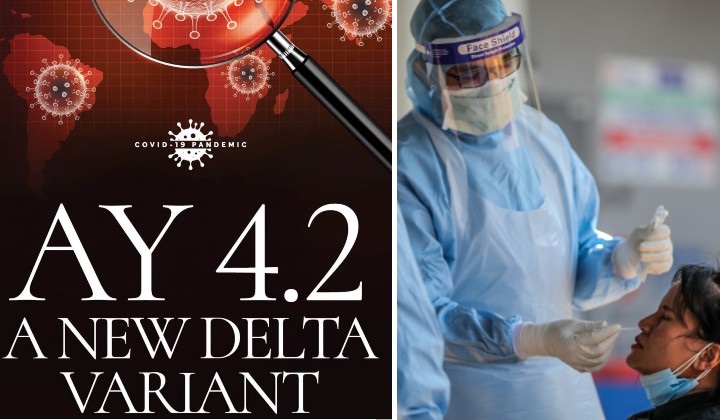 The first two cases of the AY.4.2 Delta Plus variant of Covid-19 has been reported and was brought in by two returning students from the United Kingdom who arrived last month.

The Ministry of Health confirmed the cases yesterday (6 November).

Timeline of events from the day of their arrival

Despite the AY.4.2. being a new variant, Health Director-General Tan Sri Noor Hisham said the vaccines currently used is still effective, and measures such as quarantining and testing can reduce the risk of transmission of this subvariant in Malaysia.

Rest assured, the Health Ministry will continue to monitor whether the subvariant has been spread in the community.

The Delta variant was first identified last year in India, and it evolved and picked up more mutations.

According to epidemiologist William Hanage at Harvard University, all these new versions are descendants of Delta.

In the past, the different mutations of Delta-Plus have turned out to be not much different than the original Delta, which William says doesn’t make them more dangerous or more transmissible.

Meanwhile, virologist Jeremy Luban at the University of Massachusetts Medical says there is insufficient data yet to measure its transmissibility.

He says, “If it is more transmissible, it’s likely to be a small increment”.

In the NPR interview that can be listened to here, William chimes in to add that it is likely to be about 10% more transmissible than the original version of Delta.

The UK Health Safety Agency has designated the AY.4.2 as a Variant Under Investigation (VUI) amid concerns of its increased growth rate.