They were supposed to enforce the ban on October but it was postponed. 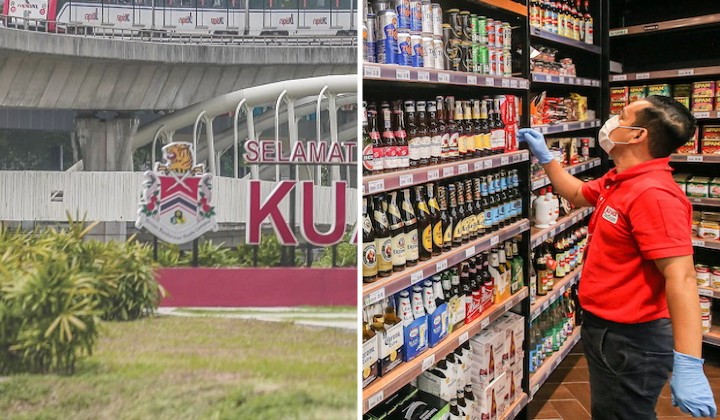 However, premises are still allowed to sell beer from 7 am to 9 pm only, as contained in the new conditions for the DBKL’s Liquor License (LMK), based on reports from Berita Harian.

Premises must also provide a special space for beer that’s separate from other beverages and lock the said space after the allowed operation time, while the age limit for buyers must be 21 years and above.

DBKL said that the enforcement should have started on October 1 but was postponed for a month.

During the postponement period, they mentioned that they had engagement sessions with stakeholders such as manufacturers’ associations, bottlers and retailers, residents’ representative councils and Members of Parliament in the Federal Territory of Kuala Lumpur.

All relevant parties have expressed their views and concerns on this matter. After taking into account the views of all parties involved, DBKL took the approach of streamlining and refining the existing Guidelines. The new Guidelines and Conditions for Application for Liquor License (Intoxicating Liquor) for the Federal Territory of Kuala Lumpur are effective from November 1, 2021 and it must be complied with by all parties involved.

According to FMT, the time limit is:

Owners of business premises that sell beer must ensure that the premises cannot be in front of or within a distance of 100m from the Police Station, houses of worship, schools, hospitals and residential houses. (They also) must display the license at all times and display the QR code at the entrance of the premises with a blue mark that can be served at the business premises and yellow (can be taken home only).

Malaysians are divided on ban

Netizens are pretty divided on the announcement, with one user asking whether the liquor ban includes wines used for cooking. In contrast, another user asked if authorities should also ban cigarettes because it also causes harm.

Meanwhile, some mentioned that other countries had similar restrictions and pointed out that DBKL does not prohibit alcohol entirely.