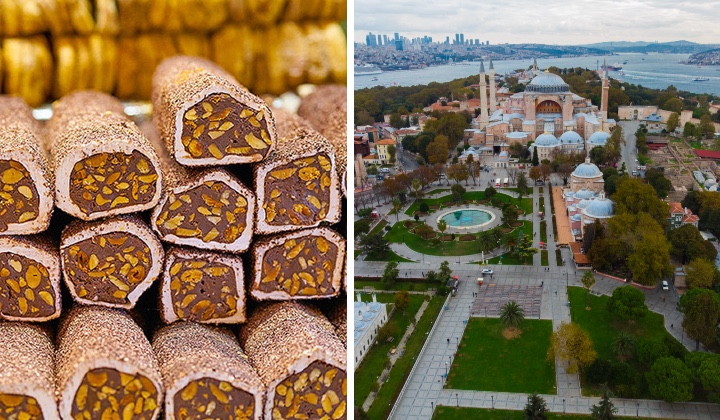 It’s fun to study overseas because you can experience a new environment.

However, as a student, money is a challenge.

But given that they are still young and still have energy, this is the ideal time to practice being independent, especially financially.

For Malaysian students in Turkey, bringing in the following ‘treasures’ from the country to Malaysia is one of the most effective sources of earning cash.

Alia Najihah Ahmad Sabri, an Islamic Sciences student from Fatih Sultan Mehmet Vakif University in Istanbul, is among those who joined the bandwagon.

She shared with The Rakyat Post on some the hottest commodities which are coveted by Malaysians back home.

What’s so delightful about Turkish delight?

More commonly known as lokum in Turkey, the Turkish delight is a seriously delicious dessert which has a smooth texture and is pleasant to eat.

The word lokum comes from Arabic rahat-al huqum, which means ‘comfort for the throat’.

Introduced since the time of the Ottomans, Turkish delights are made from starch and refined sugar, not unlike gummy candies.

The super-popular, super-sweet confection is often given as a present and is best served with coffee or tea.

It is typically available in a cube shape with many different flavours and coverings, such as coconut flakes, pistachio, rose petals, mastic, fruits, satsuma and icing sugar.

Malaysian students can purchase the delicacies from as low as 60 liras (RM26) per kilogram and sell it for more than RM100 per kg back home.

Prices vary according to brand, type and flavour, with the more expensive lokum fetching up to 250 liras (RM150) per kg at cost price.

Named in honour of the 36 Sultans of the Ottoman Empire, zultanites are mined only in the İlbir mountains of southwest Turkey’s remote Anatolian Mountains.

Due to its high price (high-quality zultanite can fetch up to USD200 per carat), many consumers settle for much cheaper synthetic zultanites.

Turkish leather has a legacy of hundreds of years and has been flourishing since then.

Turkey is, in fact, one of the biggest producers of high-quality leather products in the world.

Prices vary according to quality, but it’s definitely cheaper than in Malaysia.

These leather jackets often enjoy tremendous demand and feature several advantages but there are a lot of fake jackets being sold in Turkey.

As a rule of thumb, if a product seems too cheap to be made from natural leather, it’s probably because it’s not.

Of course, nowadays, many synthetic materials can successfully replace the leather, and some probably even prefer them.

Accordingly, the cheapest leather jacket start from around 300 liras (RM130) and can be easily sold for more than RM500 in Malaysia.

Another Malaysian student, Nuramirah Shahrin, said the profit had declined for the students somewhat over the years.

The lesser profit is due to rising airline fees for extra baggage. On the other hand, Malaysians benefit from a weak lira.

Malaysian students tried to bring in smartphones, but it only lasted for a while until it was discovered that imported phones in Turkey have to be registered with the authorities or the phone will be blocked after three months of use.