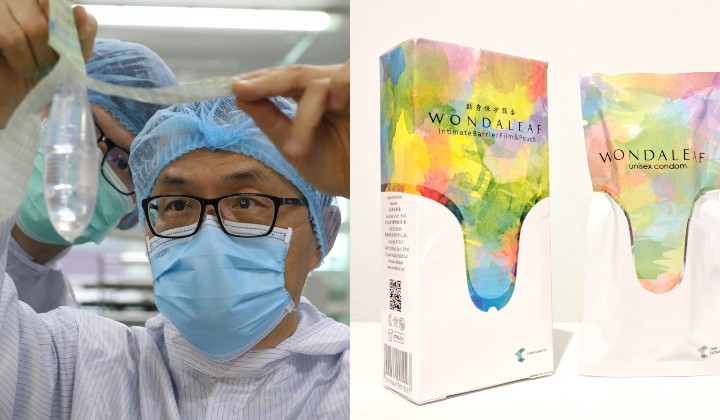 Technology is advancing in more ways than just computers and the Internet.

The news making its round today is the “world’s first unisex condom” that can be worn by males or females.

Made of medical-grade material usually used as a dressing for injuries and wounds, the Wondaleaf Unisex Condom is described as a “regular condom with an adhesive covering” by its creator Dr John Tang Ing Chinh, a gynaecologist at medical supplies firm Twin Catalyst.

How will it work?

The adhesive covering Tang mentioned attaches to the vagina or penis (and adjacent areas for extra protection) and is only applied to one side of the condom.

Meaning, it can be reversed and used by either sex.

Take a look at the video Wondaleaf have posted on their website here and here.

Take control of your sexual health

Regardless of gender or sexual orientation, Tang hopes his invention will empower people to take better control of their sexual health.

The condoms are made using polyurethane, a material used in transparent wound dressing that is thin, flexible, strong and waterproof.

Once you put it on, you often don’t realise that it’s there.

The thinness of the polyurethane is said to be approximately 0.03mm and for reference, one of the thinnest condoms sold by a brand commonly stocked in the region measures 0.045mm.

Clinically safe and available this December

Tang said the product has gone through several rounds of clinical research and trials.

He’s optimistic that his unisex condom will be a meaningful addition to the many contraceptive methods used in the prevention of unintended pregnancies and sexually transmitted diseases.

Each box of Wondaleaf contains two condoms and will retail at RM14.99 through their website here.

PSA: Misconceptions on contraception; IUCD, what you need to know