Some MPs think that the KBS Minister wasn’t doing his job. 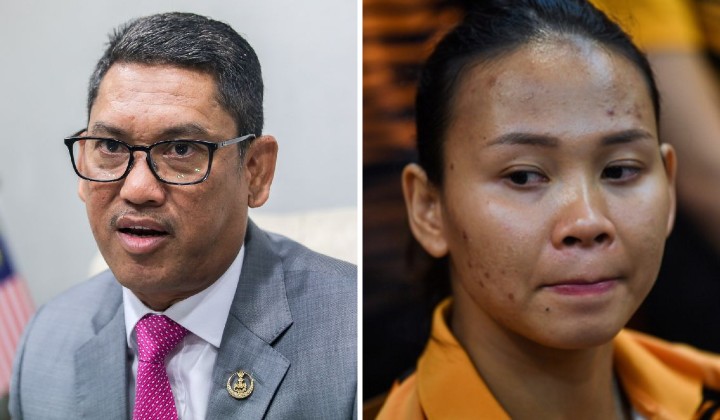 Youth and Sports Minister Datuk Seri Ahmad Faizal Azumu has been receiving flak for his recent comments regarding the statements made by National diver Datuk Pandelela Rinong on the rape issue.

Recently, the Minister was asked by the media for comments and Faizal said that he is doing his own investigation by consulting relevant parties including the Former KBS Minister Khairy Jamaluddin.

I have started making my own calls personally, as a Minister, I myself have already met with some athletes, I asked about this, etc. So it may not be suitable for me to spread the word at the moment but I just want to understand the whole scenario, picture, why all of a sudden after so long Lela (Pandelela) suddenly issued a statement through her social media. I also want to contact the friends of the former Minister of Youth and Sports Minister Khairy because I believe he also has views or information on this matter but having said that, that’s what I’m doing.

He also said that athletes across all levels should be educated on reporting to authorities if they’ve experienced any kind of harassment so that action can be taken.

The KBS Minister was bombarded with questions from the Dewan with Muar MP Syed Saddiq asking what is Ministry’s stance on the issue.

Meanwhile, Utusan reported that Puchong MP Gobind Singh Deo questioned the role of Ahmad Faizal as a Minister who did not seem to give the support needed by Pandelela and female athletes in efforts to curb sexual harassment incidents.

Faizal says his words are taken out context

To answer the question posed by the Puchong MP, Faizal said that he wants to find out what’s going on before taking action.

What I’m trying to do is to listen to all parties before giving an explanation, that’s what I mentioned in the press conference.

He added that he has uploaded on his Facebook page the comments that he made for the MPs to hear for themselves.

He later posted that the KBS realises the need for awareness, education, an effective reporting system, trained professional staff in the Ministry and other agencies to deal with cases such as these.

We have begun formulating the Safe Sport Act under a special independent committee to immediately address these issues. In terms of Education, we are looking to establish new programs and campaigns on Gender Awareness Training, Safe Touch/Safe Speak education to help our children understand their limits as well as an effective internal protection and education system that will protect our athletes from grassroots and hopefully will prepare them better for the challenges during and after their careers.

Over on Twitter, Pandelela has given her support towards the Minister saying that she understood what he was trying to say after watching the video.

I sincerely welcome YB @PejaOfPerak to @KBSMalaysia Thank you for listening and willing to find out, hopefully YB can help to support Malaysia Diving Team to be better in the future.🙏🏼