All of them are still facing numerous charges. 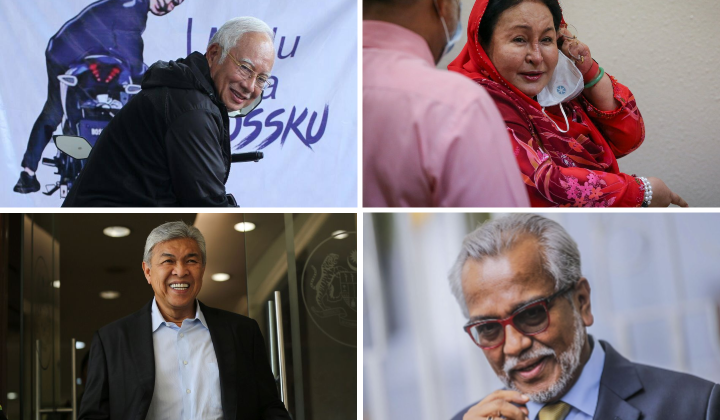 A few high profile individuals in the country who are undergoing court cases have been given back their passports recently.

Here’s a breakdown of each individual and the current court charges that they’re facing.

Shafee received his passport back, allowing him to travel to New York and handle his son’s higher education matters, according to reports from FMT.

He gave away his passport to the court as part of bail conditions in his ongoing trial for Najib’s money laundering case involving RM9.5 million.

Reports have also pointed out that Shafee has his own court case to deal with as he was charged with two counts for violating paragraph 113 (1) (a) of the Income Tax Act 1967 for the financial years ending 31 December 2013, and 31 December 2014.

Meanwhile, his trial is scheduled to continue from 26 to 27 October.

Najib received permission from the court to get back his passport and visit his daughter, Nooryana Najwa who was expected to give birth to her second child sometime early next month in Singapore, according to reports from Harian Metro.

The passport was released for him to renew his travel document and be in the island republic from 3 November but the Former Prime Minister must surrender his passport back to the court on 22 November, based on what FMT reported.

He later postponed his visit to Singapore until after the Melaka State Elections, as the Pekan MP “must” take care of the party because UMNO President Datuk Seri Ahmad Zahid Hamidi is away in Germany for medical treatment.

The Pekan MP is facing charges for his alleged involvement with 1Malaysia Development Berhad (1MDB) and SRC International, a company under 1MDB.

He was found guilty in 2020 for all seven charges, including abuse of power, criminal breach of trust and money laundering in relation to RM42 million belonging to SRC International Sdn Bhd, based on reports from The Edge.

Najib was sentenced to 12 years in prison for abuse of power, and 10 years in jail for each of six counts of money laundering and breach of trust, the BBC reported.

Meanwhile, Najib’s wife, Datin Seri Rosmah Mansor was given her passport in mid-October, but was required by the court to hand back her travel documents before 6 December.

Just like her husband, the reason why she wanted her passport back was to visit her daughter in Singapore.

Rosmah is currently on trial for allegedly being involved in a solar hybrid project worth RM1.25 billion for 369 rural schools in Sarawak, NST reported.

Ahmad Zahid was the first person to receive his passport by the courts to get treatment in Germany on 10 October.

Based on reports by NST, the UMNO President had to go to Europe because the current treatment was not sufficient to improve the condition of his back and neck pains.

He is currently facing 40 corruption charges in connection with the Foreign Visa System (VLN) during his time as Home Minister and 47 offenses for his alleged involvement with Yayasan Akal Budi.

Meanwhile, reports point out that Ahmad Zahid is scheduled to return his passport on 21 November.