If the National Security Council approves, it will start sometime next month. 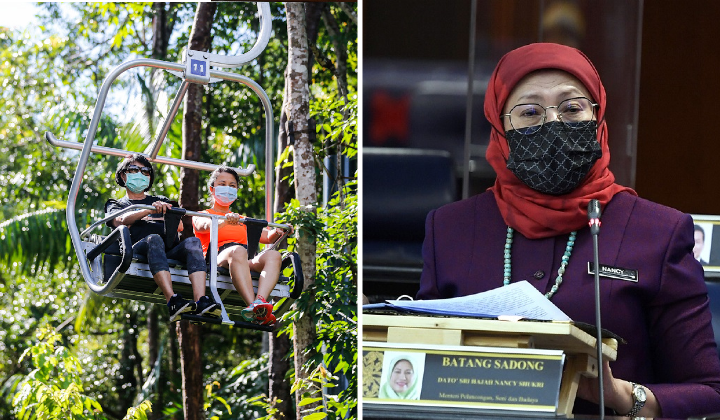 Malaysia is looking to allow fully vaccinated travellers from 10 countries to come into the country, according to Tourism, Arts and Culture Minister Datuk Seri Nancy Shukri.

Nancy said in an exclusive interview with Nikkei Asia that the proposed travel bubble would allow visitors to Langkawi and some parts of Johor by sometime next month but the final approval is up to the National Security Council.

We have proposed to open the borders for international tourists to Langkawi as a pilot for tourists from 10 countries including some ASEAN countries and a few others. Personally, I target to have it by the middle of next month because we have to give the stakeholders like airlines and hotels enough time to be ready.

It’s reported that neighbours such as Thailand, Singapore and the Philippines have started reducing restrictions to allow travellers to come in and Malaysia wants to join in and jump start its ailing tourism industry.

Domestic tourism activities have also seen a revival with the government allowing the Langkawi travel bubble back in 16 September.

Nancy mentioned that her Ministry has recommended not requiring quarantine for fully vaccinated travellers but stressed that stricter Standard Operating Procedures (SOPs) will be announced.

I have had consultations with my officers stationed abroad and their general sentiment was to avoid quarantine. Our ultimate goal is to keep Malaysians and the tourists safe, so we don’t want to spoil their holiday by asking them to be confined in hotel rooms. But at the same time regular testing would be key.

The effort to bring back the tourism industry is crucial according to Nancy, who said that the sector contributes around 15.9% to the Malaysia’s Gross Domestic Product (GDP) in 2019.