Singapore has 11 countries to choose from, but Malaysians have 13 states. 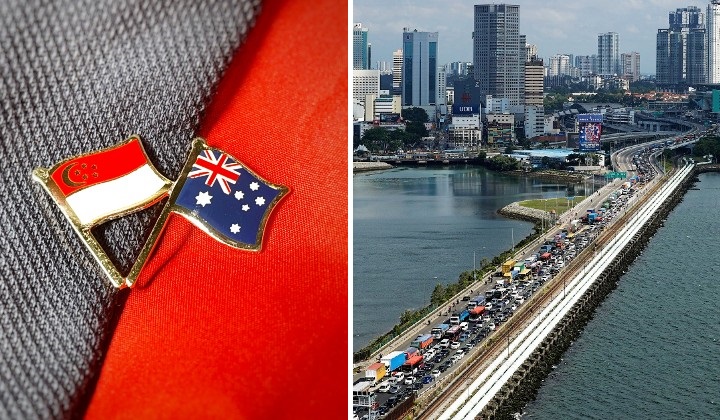 Australia has maintained some of the world’s most strict travel restrictions, including bans on non-Australian residents entering the country and citizens leaving.

So when news about it opening its borders with Singapore was announced today (22 October), a sigh of relief could be heard across the causeway which left Malaysians, well – slightly jealous.

The travel bubble between the two nations allows quarantine-free flights starting from November and applies initially to international students and business travellers.

Tourists could then be allowed to enter from December.

In a Facebook post on Friday, Singapore’s Prime Minister Lee Hsien Loong said he was delighted that Australia will allow entry to visa holders from Singapore and brought up their “robust economic and investment links” and “warm people-to-people ties” as they move forward towards an endemic Covid-19 future.

Although this is good news for those in Singapore, it’s also a bit disheartening for those in Malaysia who have family ties to the land down under.

I mean, who doesn’t have a sister, brother, aunt, uncle, cousin etc… in Australia right?

Even our celebrated cyclist and Olympic silver medallist The Pocket Rocketman aka Azizulhasni Awang lives in Australia.

But perhaps by proxy, Malaysians could also make their way to Australia…

Although Malaysians are currently enjoying domestic tourism, international tourism may be soon and travellers from neighbouring Singapore could be among the first to be allowed into the country.

Nancy added she’s “very optimistic that it should be by November.”

The Singapore government on the other hand has not commented.

Malaysia on the other hand expects to reopen borders to international tourists in November with a proposal to allow fully vaccinated international visitors into Langkawi first.