The elderly will be prioritised first. 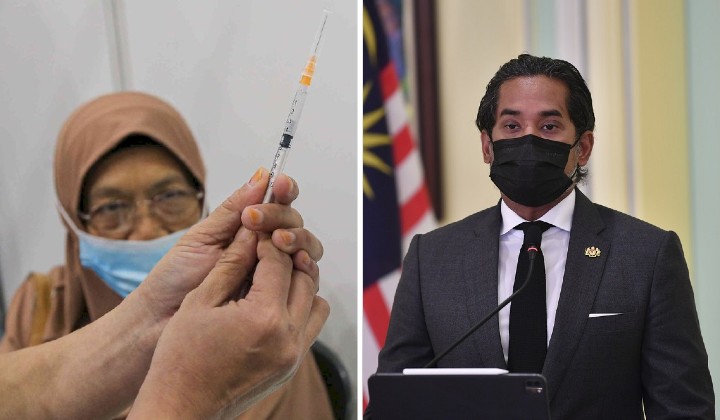 Starting today, the government will be rolling out Pfizer booster shots to Sinovac recipients who were fully vaccinated three months ago.

Health Minister Khairy Jamaluddin was quoted by NST saying that the elderly (60 years and above) will be prioritised for the shots.

Recipients for the booster dose will be notified via MySejahtera application and through short messaging service (SMS) for those without the app.

It’s also reported that the shots are voluntary and will be free under the National Immunisation Programme (NIP).

In the future, Khairy mentioned that the Ministry will soon launch an appointment-booking system for third dose recipients and .

Previously, the booster option was only given to the elderly, frontliners and individuals with comorbidities who’ve completed their Pfizer vaccinations three months earlier.

This was later extended to pilgrims who want to visit Mecca for Umrah, according to reports from Utusan.

Khairy mentioned that the Ministry is rolling out the vaccines as cases in Selangor, Kuala Lumpur, Putrajaya, Sarawak and Negeri Sembilan have shown an increase in hospitalisations.

It’s reported that the trend started to increase since interstate travel was allowed earlier this month.

The same situation also happened in Sarawak and Negri Sembilan, especially in patients in Categories Three, Four and Five. These leading indicators in several states, including in Selangor and Kuala Lumpur are worrying, and the Ministry will continue to monitor the situation.