Malaysians found out about it, and they were ready with the edits. 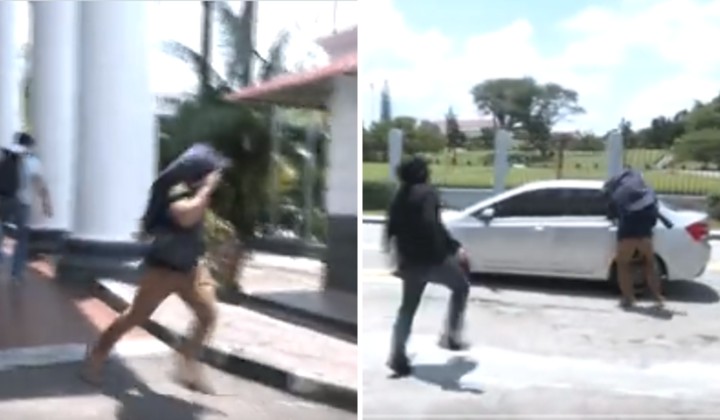 It looked like a scene from a comedy movie when two MACC officers sprinted off from the Johor Bahru Sessions Court to a getaway car, all in the name of trying to evade the media attention.

MalaysiaKini reported the two officers were charged for scamming an individual for RM40,000 to “settle” a case.

Both were given bail of RM7,000 in one surety each and to surrender their passports to the court.

However, a 12-second video of them leaving court was uploaded on social media by MalaysiaGazette which caught the attention of netizens because of the nature of their escape.

Malaysians went to town with the edits

Despite their best attempts at trying to outrun the media, the internet was faster and went to town.

Some even went the extra mile and come out with their own creative edits to the viral video clip.

Besides comedic sound effects, Twitter users also added songs to the clip, such as the opening soundtrack to one of the most well-known local tv series.

One user even put in a Bollywood song and slowed down the video so that it looks like something that Shah Rukh Khan would act in.