Amendments to the Federal Constitution will be discussed in Parliament soon. 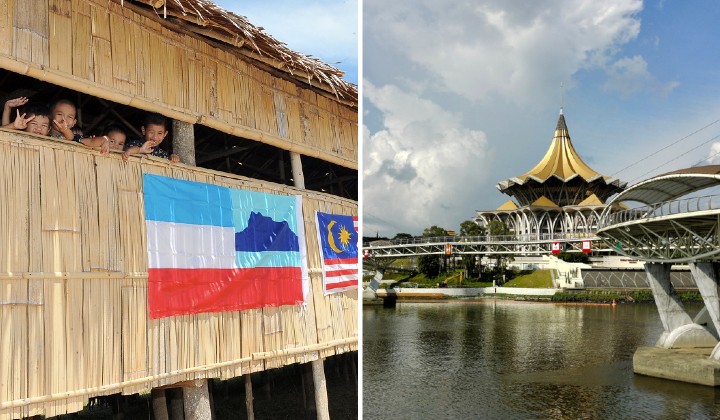 Sarawak and Sabah will finally be equal to the Peninsular after the Special Council of the 1963 Malaysia Agreement (MKMA 63) has agreed to implement amendments to Article 1 (2) and Article 160 (2) of the Federal Constitution.

This is according to Minister in the Prime Minister’s Department (Sabah and Sarawak Affairs), Datuk Seri Dr Maximus Ongkili.

He was quoted by Berita Harian saying that the proposed amendments to the Bill (RUU) will be tabled at the next Parliamentary session and added that the decision was agreed during the recent meeting chaired by the Prime Minister, Datuk Seri Ismail Sabri Yaakob.

The meeting agreed to implement amendments to restore the status of Sabah and Sarawak as allies. The amendments will also redefine the meaning of the Federation.

Maximus also mentioned that MKMA63 has also agreed to empower the Sabah and Sarawak governments to issue deep sea fishing licenses which are currently handled by the Federal department.

MKMA63 will continue to discuss outstanding matters and ensure the rights of the people of Sabah and Sarawak are restored, especially through the problem-solving committee under MKMA63.

Meanwhile, Law Minister Datuk Seri Wan Junaidi Tuanku Jaafar said the amendments made this time will be different from Pakatan Harapan’s proposal in 2018, especially the additional amendments to redefine ‘Federation’ in Article 160 (2) of the Federal Constitution.

This amendment will determine the status of all states in Malaysia in line with the Federation of Malaya Agreement 1957, MA63 and the status after Singapore left in 1965.

Malaysia Agreement 1963 (MA63) is a document signed by the United Kingdom of Great Britain and Northern Ireland, the Federation, Malaya, North Borneo, Sarawak and Singapore, according to the Prime Minister’s Office.

In the agreement, Sabah, Sarawak and Singapore are recognised as equals or allies to the Federation, each having its own autonomy, rather than being a state like Selangor or Johor.

However, this changed in 1976 when the clause in the Constitution was amended, with Sarawak and Sabah later listed down as states under the Federal Territory rather than separate entities.

With the amendments in force until today, Sabah and Sarawak have been placed in line with other states in the original Federation of Malaya, thus making it appear as if there was a downgrade from “ally” of the Federation of Malaya to one of its “children”.