He said that youths might be negatively influenced by these movies and dramas. 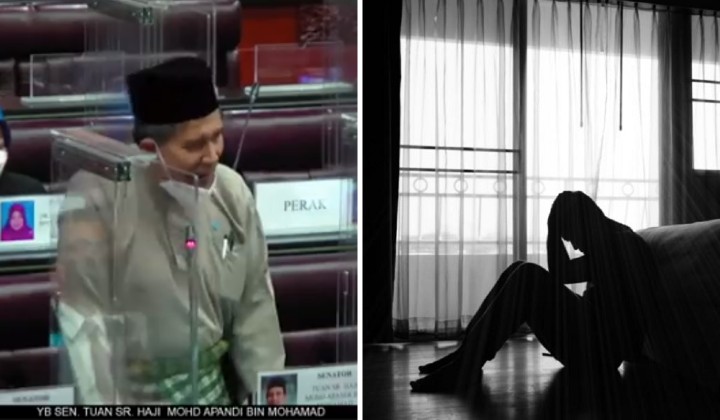 Korean dramas and films are the reason why more youths are trying to kill themselves, according to Senator Mohd Apandi Mohamad.

He claimed during the 12th Malaysian Plan debate in Parliament that these movies have a negative effect on youths because they encourage teenagers to consider suicide if they do not succeed in life.

Many teenagers commit suicide – agree or not – that most of them are too obsessed with movies and dramas from Korea, because all these stories must have suicide. And their films are indeed high-tech there is because of all the technology, do you agree that when teenagers fail, the answer is suicide, when he fails, suicide, are they too influenced by these Korean films?

Apandi made the comment after Senator Fadhlina Sidek requested for immediate intervention to fight against the mental health crisis that the country is facing, according to MalaysiaKini.

After he gave his statement, Fadhlina agreed with Apandi’s view that Korean dramas contain suicidal elements, adding that there are several other factors that can trigger such behaviour including the role of the media.

Malaysians were shocked to see a person who was supposed to represent them in Parliament would make such statements.

One commenter questioned if Malaysians are so naïve to the point that they would be heavily influenced by Korean dramas and would do whatever they see on-screen.

Meanwhile, some who ridiculed the statement made by the MP mentioned that maybe there are more pressing issues which contribute to suicide rates such as unemployment and family abuse.

Others also pointed out that these dramas actually have a positive impact on the community and cited a tv series that actually helped to increase organ donors.

In South Korea this year, after Hospital Playlist Season 2 was aired, the rate of organ donors sharply increase by almost 16 thousand people signed up in 2 months.
By the way, Malaysians can sign up to donate their organs just by email SAYA NAK IKRAR to ntrc@moh.gov.my https://t.co/dYmZg7ZhEc

Even Singaporean singer and songwriter, Imran Ajmain had a say on the issue, questioning why is pop culture often vilified by old people without any reason.

I don’t know why old people love to blame pop culture without dialogue, without facts. And always get away with it. https://t.co/NiR5RPn152

Just in case you need help

If you or someone you know are currently struggling with mental health issues, we have listed down organisations that are willing to help:

Read More: Need Help? There Are Free Mental Health Resources For You In Your Preferred Languages