The way toward a more connected and familiar Keluarga Malaysia. 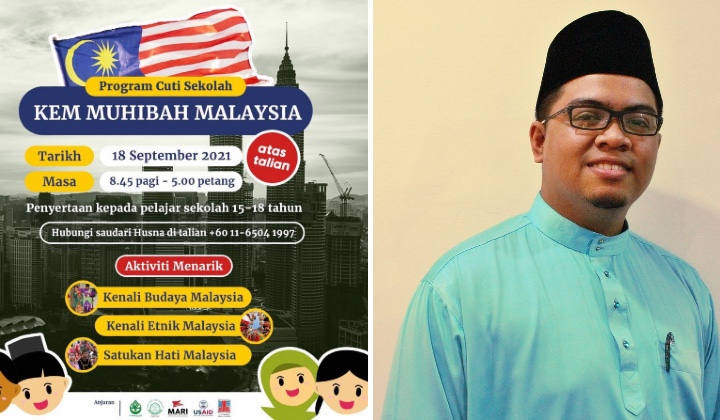 Many students who studied in vernacular schools have never had a friend from other races.

This revelation from a muhibah (feeling of friendship, camaraderie tolerance and understanding) camp was conducted by Muslim Youth Movement Malaysia (ABIM).

ABIM vice president Zairudin Hashim said the students also have little idea about the culture and heritage, such as beliefs and customs, of other ethnic races.

We are aware of this problem, and therefore we decided to do something about it.

National unity does not come by itself; it must be nurtured so that the nation can progress.

The camp, which was first held in 2019, aimed to bridge communities and identity groups among Malaysian youths.

The project was funded with grants from the United States Agency for International Development (USAID) through its Malaysia Reform Initiative (MARI) program.

After a one year break due to the coronavirus pandemic, the camp was held online using Zoom last month.

It saw the participation of about 100 students from various single-type schools in Klang Valley.

During the online session, the students discussed multiracial unity and the concept of Bangsa Malaysia.

Malaysia Hindu Youth Council president Arunkumar Chengoden said it is easy to get discouraged about the levels of racism and prejudice in society.

Hence, it is essential to cultivate cross-group friendships among Malaysian youths.

The interaction between young Malaysians will help to remove barriers of fear and doubt and to model new norms of behaviour.

He pointed out that prejudice is becoming more deeply rooted in Malaysian culture, as seen from a disturbing groundswell of racism and hate speech that surfaced on social media.

Arunkumar called on the Education Ministry, with its ample resources, to shoulder the challenge of promoting cross-group friendships.

He lamented that NGOs are not getting the level of support that is needed to create lasting impact.

Unity can only be sustained through continuous efforts through detailed planning, rather than just mere slogans.