Meanwhile, 149 people who visited the island via the Langkawi Travel Bubble have tested positive for Covid-19. 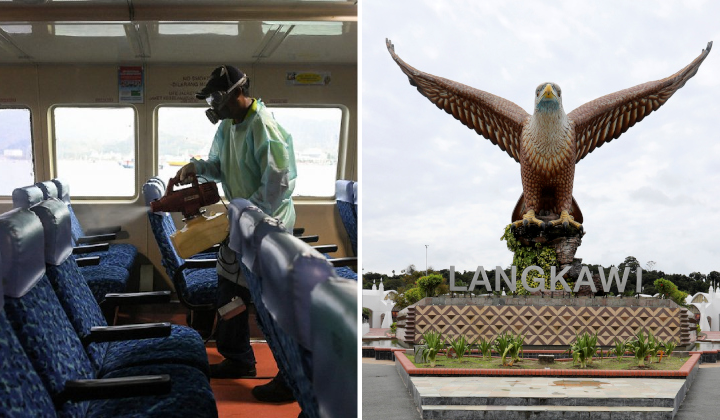 Langkawi tourism bubble has been hit with new Covid-19 infections after authorities detected new cases in the island.

A prominent hotel resort on Langkawi island temporarily halted their operations after 59 of its employees tested positive for Covid-19 as of 4 October.

Astro Awani quoted the Director of the Kedah State Health Department (JKN), Dr Othman Warijo who mentioned that all the cases of the infection were reported as the Dah Teluk Nibung Cluster which is categorized as a workplace cluster.

So far, 249 individuals have undergone testing with 59 of them confirmed positive, 192 negative and three more still waiting for the screening results.

He informed that the cluster involves local workers and also family members who are close contacts.

Initial investigations carried out by the Kedah JKN found that the infection came from the community which then spread to the workplace.

He also added that this is what the new normal will look like and that the Ministry will improve casual & close contact notifications.

This is what the new normal will look like. We will improve casual & close contact notifications and ask you to watch out for symptoms.

He was quoted by Malay Mail saying that in a statement today said so far 186 people have been identified to be their close contacts.

In total, 40,458 people had been screened throughout the duration of the programme which started on 16 September.

Previously, the Bubble has been touted as a great success by the Langkawi Development Authority based on tourist arrivals and the money that comes with it.

It’s reported by NST that from 16 September to 30 September, the island’s tourism industry managed to generate RM15.97 million in revenue.