He also said that he never lived in Seri Perdana during his tenure as Prime Minister. 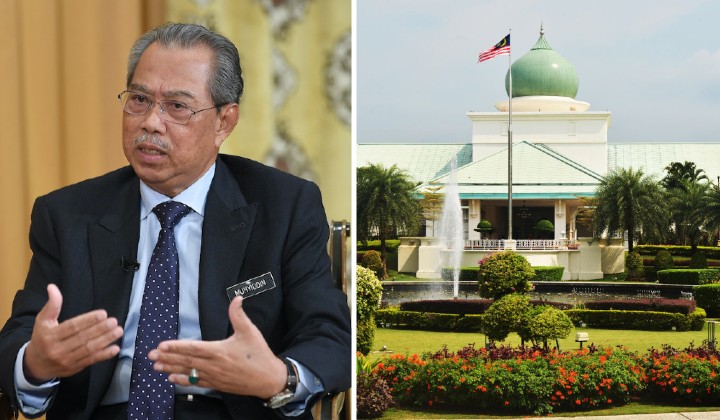 Former Prime Minister Tan Sri Muhyiddin Yassin has come out with his explanation on the Seri Perdana issue saying that the building was in need of maintenance due to years of neglect.

He also went on to state that he has never occupied the Seri Perdana during his time as Prime Minister.

In a series of tweets, Muhyiddin mentioned that he received a report from the Prime Minster’s Department when he took office as Prime Minister in March 2020, regarding the physical damage to Seri Perdana.

Reports point out that the renovation costs for the 22-year-old building is around RM38.5 million.

He said the damage involves leaks, outdated lighting systems as well as the physical condition of floors and roofs that have been damaged or worn out.

Muhyiddin added that the leaks in the Seri Perdana roof and plumbing system have caused damage to the building’s built-in furniture, wood floors, wall panels and ceilings.

The Former Prime Minister also mentioned that electrical wiring, lighting and mechanical equipment such as air conditioners also needed to be repaired as they were too worn out and added that the wiring system of the Seri Perdana building, which is over 20 years old, can pose a risk of fire if not repaired immediately, based on assessments from experts.

Based on the report I received, the JPM also recommended that the procurement of furniture be made as most of the furniture assets in Seri Perdana which were allegedly privately owned by the former Sixth Prime Minister have been removed.

As the Seri Perdana building suffered severe physical damage in addition to the obsolete wiring and mechanical systems, Muhyiddin mentioned that a large part of the repair costs are made up of construction work, electrical and mechanical wiring.

He also said that the size of Seri Perdana, which covers an area of ​​more than 56,000 square feet, adds to the cost of repairing the government-owned building.

The decision to renovate Seri Perdana was made to preserve the government -owned building which is the symbol of the institution of the Head of Government and the image of the country to its original condition. If it is not repaired immediately, these government heritage buildings will suffer more severe damage in the future and the cost of repairs will definitely increase.

To ensure that the overhaul process is carried out in accordance with the specifications set with quality results, Muhyiddin said the overhaul work is closely monitored by a Task Force comprised of officers from the Department of Works and the Prime Minister’s Department.

I believe that the Department of Works and the Prime Minister’s Department, which are directly involved in the refurbishment of Seri Perdana, have detailed information on the implementation of this project. In line with the principles of transparency and integrity practiced by the Government, the relevant departments can come forward to provide clarification to the public on this matter.

[Just In] GE Likely To Be In July Of Next Year, Says PM