Malaysians stranded in Singapore have spent RM14 billion to survive. 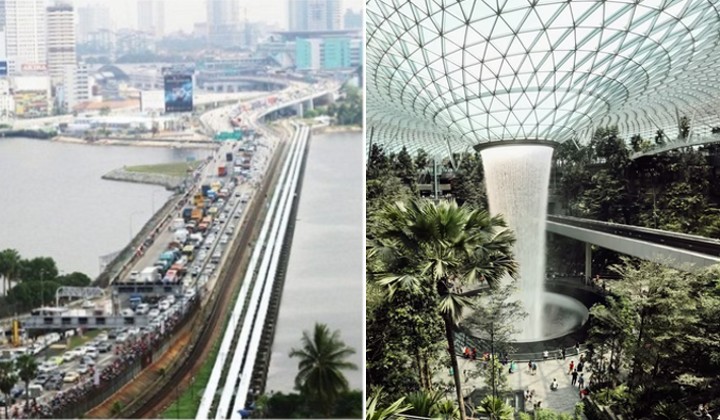 Malaysia-Singapore borders have been closed since 18 March 2020 which at the time left thousands of Malaysians choosing whether to go back to Malaysia to be with family or stay in Singapore to make money to provide for their family.

More than a year and a half later, borders are still not opened despite several discussions, with even an online petition to make it possible for Malaysians to return home without quarantining.

Read More: Will Malaysians In Singapore Soon Be Allowed To Return Home Without Quarantining?

Singapore benefits from Malaysian workers spending their money there

As reported by Utusan Malaysia, Malaysian-Singapore Workers Task Force (PEMAS) president S. Dayalan reveals there are a total of 215,000 Malaysians currently working in Singapore and because they can’t go home, will have to spend the money they make in Singapore.

He estimates that SGD1,500 (RM4,650) a month is spent and that within a year, it is estimated that Malaysians in Singapore have spent about SGD4.5 billion or about RM14 billion.

No urgency from the Federal Government

S. Dayalan also said that the border reopening would instead help to revive the economy in Malaysia but felt there have been no signs of a strong commitment from the Federal Government to reopen the border.

We urge the government to push more vigorously for the reopening of the border, especially its two land borders here.

He did however praise Johor Mentri Besar Datuk Hasni Mohammad’s call for a Daily Commuting Arrangement (DCA) to be introduced at the Johor-Singapore border and a proposed SOP for opening the border under DCA will be sent to the Special Committee on Pandemic Management.

Better prepared and one step closer

With over a year and a half since borders have closed, more data and research has been made available to curb the spread of the virus. Dayalan says this will allow them to know how to cross borders safely.

People also have a better understanding of the disease and are well trained to follow standard operating procedures.

He added that if people could take flights and cross state borders to travel to Langkawi for a holiday, why can’t the border between Johor and Singapore open up?

Regardless of all the discussions to open up borders between the two countries, there is one thing that looks promising – both countries agreeing to recognise vaccine certificates.

Currently, there are seven vaccines approved for use in Malaysia while Singapore only has two.

Will Malaysians In Singapore Soon Be Allowed To Return Home Without Quarantining?