These are experiences that most men can never relate to. 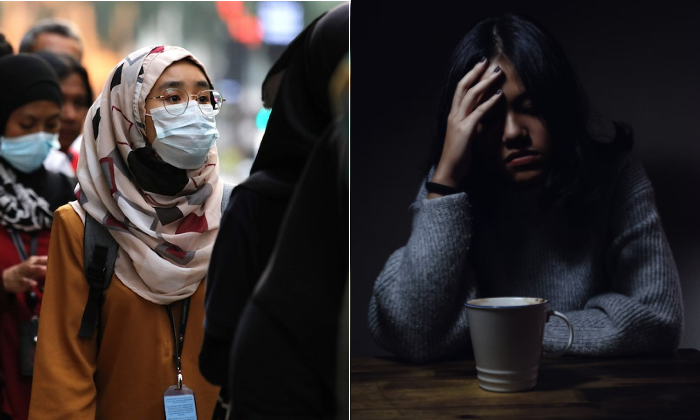 A preliminary study conducted by the Centre for Governance and Political Studies (Cent-GPS) in collaboration with the All Women’s Action Society (AWAM) revealed that a majority of Malaysian women generally don’t feel safe wherever they go.

Polling the opinions of 1,056 18 to 30 year-olds from across the country and from all walks of life, they found that women in Malaysia are largely victims of sexual harassment and abuse.

What did the ladies say?

57% of the women surveyed said that they regularly experience verbal sexual harassment when simply walking on the streets, with 22% of women saying they’ve experienced similar ‘catcalling’ at least once in their lives.

Meanwhile, 57% of women say that they have experienced unwanted touching such as a hand placed on their knees or lower back.

The study also shows that 68% of women do not feel safe driving alone at night, 21% say that they’ve been followed to their car at most, once, while 25% have experience being followed home at one point.

Another 71% of women confirmed that they have had to change their travel routes and routines over fears of sexual harassment.

Where else do women feel unsafe?

52% of women say they don’t feel safe watching a movie at the cinemas alone, 37% of women have felt unsafe whilst being treated by a male doctor, and 10% of women have been sexually harassed in elevators.

Additionally, 18% of women also said yes to being victims of unwanted touching or sexual provocations from a family member, and 44% of the women surveyed have witnessed their teachers make sexually provocative jokes.

41% have received unwanted sexual messages on social media platforms at least once, while 30% say that they experience the same regularly.

In a later statement, Cent-GPS and AWAM say that the experiences listed above are things that most men can never relate to.

We live in two separate worlds, where the normal activities of half the population become a privilege for the other half.

Comments online show that most Malaysian men couldn’t agree more with this and asked for each other to better empathise and try to make the women of our nation feel safer.

Source: Sexual Harassment Survey: It’s 2021, But How Safe do Malaysian Women Feel? Survey: Over two in three women say must run the gauntlet of sexual harassment every day