The Tambun MP was in charge of community communication and creating close cooperation between the government and community leaders. 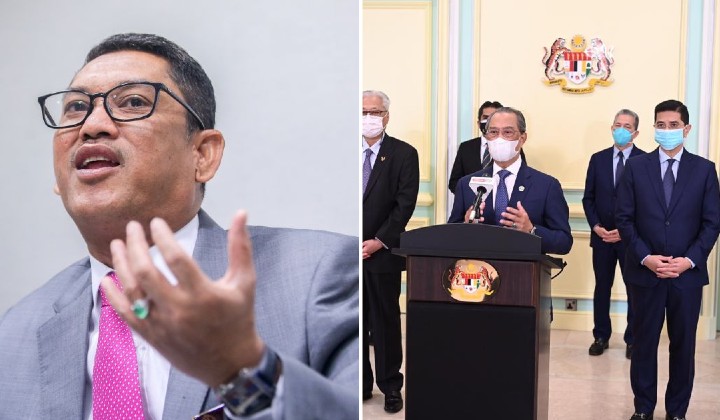 Former Ipoh Menteri Besar Datuk Seri Ahmad Faizal Azumu was to be given a monthly pay of around RM27,000 as Special Advisor to Former Prime Minister Tan Sri Muhyiddin Yassin.

Prime Minister Datuk Seri Ismail Sabri Yaakob stated in a reply to Kepong MP Lim Lip Eng that the Bersatu Deputy President will instead be given – RM27,227.20 paid on prorated basis and compensation of a month’s salary for his 11-day service.

For the Honorable’s information, as his service tenure is short (not enough for a month), his monthly salary amounting to RM27,227.20 is paid pro-rata, as well as a replacement notice of termination of service of 1 month’s salary. This position does not involve the payment of a pension.

The reply was given after Lim asked the Prime Minister to state the salary received by the Tambun MP and whether he was eligible for any pension schemes.

It’s also stated in the reply that Faizal Azumu’s appointment was not eligible for pension payment.

Reports have also pointed out that his pay grade is the same level with that of a Federal Minister.

Ismail Sabri also said that Faizal’s job was to advise the Prime Minister on matters related to community communication.

Apart from that, the Tambun MP was also responsible for creating close cooperation between the government and community leaders.

(He also) increased the people’s understanding of government policies through effective communication channels, and improved the government’s delivery system in terms of the people’s socio-economic development.