A dog shelter has been accused of doctoring photos and misleading people to appeal for funds. 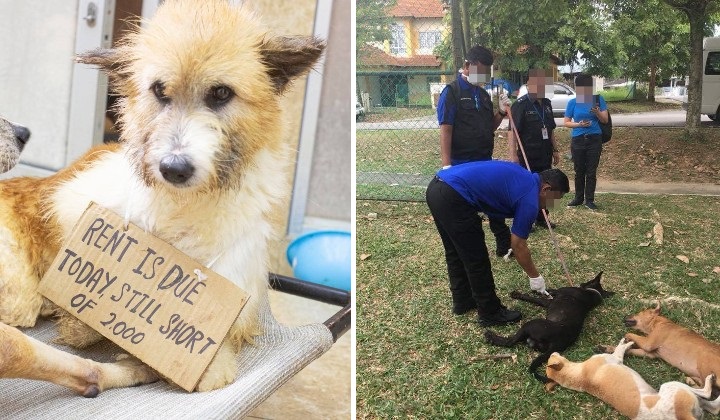 Last month, TRP reported of an elderly uncle, who runs Erlang’s Dog, that was dying of Covid-19 and begged for support to help his furkids.

Netizens were quick to share their support and sympathy, with many donating money to the uncle’s monthly expenses which were estimated to be over RM9,000 a month.

Nearly a month later, there are allegations that we’ve been duped as netizens put some impressive investigative skills to work to reveal that this could have all been some elaborate scam.

In an Instagram story titled “APJ ERLANG” by pet adoption centre @mypetshaven, a screen capture of a post made on Dog Lovers of Malaysia was shared with a detailed account exposing information about an alleged scam spearheaded by rescue shelter for disabled and injured dogs – A Pet’s Journal (APJ).

The allegation claims APJ are also the people behind Erlang’s Dog.

It was suspected that APJ had found a new marketing strategy to sell their products as well as to make additional money on the side by appealing to the generosity of dog lovers.

Further evidence shows that a three-legged dog by the name of Taylor that My Pets Haven had sent to APJ, was spotted on Erlang’s Dog’s Facebook post

The Instastory continues by pointing out that photos posted on both the Erlang Dog’s and APJ’s Facebook page look completely photoshopped.

After the issue had gone viral with various shelters and animal lovers bringing to light the “scam”, APJ released a public statement on their Facebook today (15 September).

In the statement which can be read here, APJ said they did not use any of the donations for personal benefit or gains and all of it was used and/or spent on the wellbeing of the dogs such as food, rental, and caretaker fees.

The statement goes on to address in more detail the breakdown of funds received and needed to maintain their shelter.

They end their statement with:

Should you feel that you are able trust us with the rescue dogs’ lives, you can donate to us. However, should this allegation be escalated further, we will have no choice but to release all the rescued dogs and/or release all the dogs the Local Authority for their further actions. Thereafter, we will proceed to shut down all 4 shelters from operations.

Since APJ published their statement, there have been over 200 comments from Netizens that were either in support of APJ or suspicious of their intent.

This Netizen thought we should all mind our own business and find other people to bully.

While this one couldn’t brain the last part of their statement:

This Netizen shared her pawsitive experience with them.

And this one pointed out how APJ had only explained 10% of what needs to be addressed.

[Watch] Newlywed Conned On Wedding Day, Orders Catering For 700 Pax But Only Gets Food For 50 Pax

Scam Victim Manages To Recover His Money, Helped 9 Other Victims Too