Khairy Jamaluddin said in Parliament that Tawau is also getting a field hospital and Sabah received some 480 oxygen cylinders and 46 regulators recently. 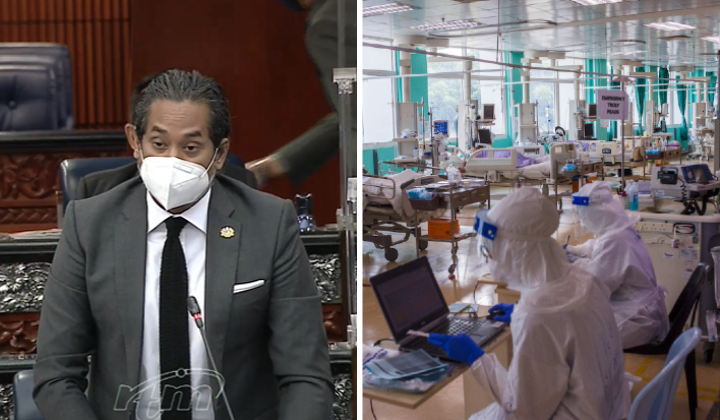 The Health Ministry is looking to set up a Rapid Deployment Unit to states which might experience a spike of Covid-19 cases, according to Health Minister Khairy Jamaluddin.

He said in Parliament that based on what happened in Sabah, the government has taken precautionary measures to prevent future outbreaks from getting worse.

He added that the Ministry will make sure that the issue in which there is no bed with adequate oxygen facilities, as what happened a few months ago, is not repeated.

Tawau gets a field hospital

Tawau will be getting a field hospital that will fit around 100 beds to handle the cases around the East Coast, said Khairy, answering a question asked by Semporna MP Datuk Seri Shafie Apdal on what MOH is doing to tackle Covid-19 in Sabah.

I myself have visited a hospital in Tawau, and we have identified the site for the construction of a field hospital – maybe 100 beds which we will also make sure that there are enough oxygen facilities in the area for the East Coast of Tawau.

Khairy also mentioned that the Ministry of Health Malaysia has sent 480 oxygen cylinders and 48 oxygen regulators to Sabah to meet the urgent need for the time being.

However, I understand that this issue during the surge of cases in Sabah, there are less beds and also less beds with oxygen equipment. That is why we have sent such additional supplies.

The Malaysian Ministry of Health is targeting a ratio of 2.08 hospital beds to 1,000 residents by the end of the 12th Malaysia Plan.

To achieve the set targets, the Ministry of Health Malaysia continues to take initiatives to increase the number of beds through the construction of new hospitals and upgrading of existing hospitals and facilities.

He mentioned that the focus will be on areas where existing hospitals have high bed utilization rates and other factors are also taken into account such population density, access to services in existing hospitals and government allocation.

In addition to increasing the number of beds in MOH hospitals and facilities, the Ministry also uses the approach to optimize the number of existing beds through day care services in major hospitals to reduce the need for inpatient beds and the implementation of cluster hospital programs where specialist services are expanded to hospitals without specialists who have low bed rates.