“When the Health Ministry announced that no one is allowed into Parliament, then the police were just doing their job according to the law.” 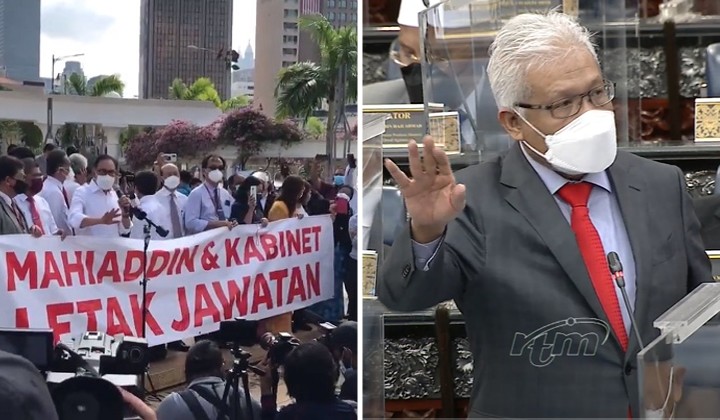 MPs were given compounds after protesting at Kuala Lumpur on 2 August 2021 because they were in a large gathering which violated Covid-19 SOPs at the time, according to Home Minister Datuk Seri Hamzah Zainuddin.

He said that compounds were given to MPs because they gathered at various places in Kuala Lumpur but mentionedd that that the government has also lowered the compound.

Hamzah explained that cases at the time had reached over 100 in Parliament – hence why they had to close the roads heading to Parliament as a preventative measure.

The Minister added that when the Health Ministry announced that no one is allowed into Parliament, then the police were just doing their job according to the law.

Dewan Rakyat Speaker Datuk Azhar Azizan Harun said that Parliament was open on that day but the decision to close the roads heading up to the building was up to the police.

On August 2, opposition MPs gathered in Dataran Merdeka after they were denied entry into Parliament which went on for a few hours before the crowd was asked to disperse.