Hemp and marijuana are different but Malaysia’s drug laws still classify them as the same thing. 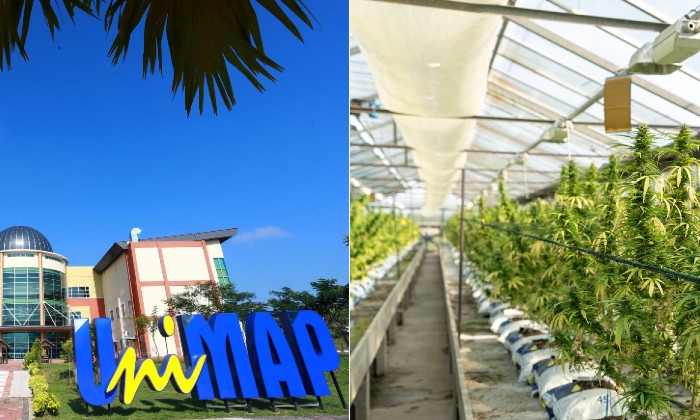 So Universiti Malaysia Perlis (UniMAP) just signed a memorandum of understanding (MoU) with this KL-based company called MyUS Hemphouse to study the advantages of planting hemp as a future agricultural product for the country.

UniMAP is the first public university ever in Malaysia to be doing this kind of research, under strict control of course and will be growing em’ in a 0.8-hectare plot of land at their Institute of Sustainable Agrotechnology (INSAT) in Padang Besar.

There, UniMAP will provide the facilities and land to plant the crops, while MyUS will be building up infrastructure and provide technical resources for R&D and determine the commercial value of hemp as a new economic resource.

MyUS is said to be a leading company working with the government to cultivate and produce hemp-based products in Malaysia.

Read More: Malaysian Living In The United States Shares Her Experience Working In The Weed Industry

Now before you get too excited, it’s good to know that although hemp is part of the cannabis family tree, it is different from marijuana.

Hemp has lower levels of Tetrahydrocannabinol (THC) compared to marijuana, which is the psychoactive ingredient that makes you ‘high’. But, what hemp does have is high concentrations of Cannabidiol (CBD) which is considered non-psychoactive but can induce feelings of relaxation for normal folks and pain relief for chronic patients.

Hemp is known to be one of the fastest-growing and most versatile plants on the planet, where almost every part of the plant can be used for something.

The plant’s fibres can be turned into paper, textiles and biodiesel, while other parts of the plant like its flowers can be processed into oils and extracts for beauty products. Even the plant’s seeds are known to make a tasty snack.

Malaysia’s Dangerous Drugs Act 1952, however, does not differentiate hemp from marijuana and those caught in possession of the substance can face serious fines, jail time and even the death penalty.

Now back to Perlis and cannabis.

It’s understood that the research project even got the ‘OK’ from the Raja Muda or Crowned Prince of Perlis Tuanku Syed Faizuddin Putra Jamalullai.

MyUS CEO Datuk Nellsen Young explained that the state of Indera Kayangan has the perfect sustainable climate and weather for growing hemp.

Perlis is Malaysia’s smallest and most northern state. Though its climate differs little from other places in Malaysia, its mostly flat topography and its location close to the ocean makes it a great place to plant crops. The state is also known as one of the country’s main producers of rice paddy.

The research project was now in the process of getting government approval to import hemp seeds.

Previously, the government considered the idea of allowing cannabis cultivation for medical and research purposes, but only on the condition that sufficient evidence on the effectiveness and safety of the substance is proven through formal government channels.

The Dangerous Drugs Act also state that approval can be given for the cultivation of cannabis for research, educational and medical purposes.

The previous Pakatan Harapan Government had also planned to decriminalise drug possession for personal use to prevent the stigmatisation of addicts and reduce incarcerations besides re-classifying the nation’s drug problems as a public health crisis and not a criminal problem.