It was a 6-car accident on a busy Jalan Ipoh in Sentul today. 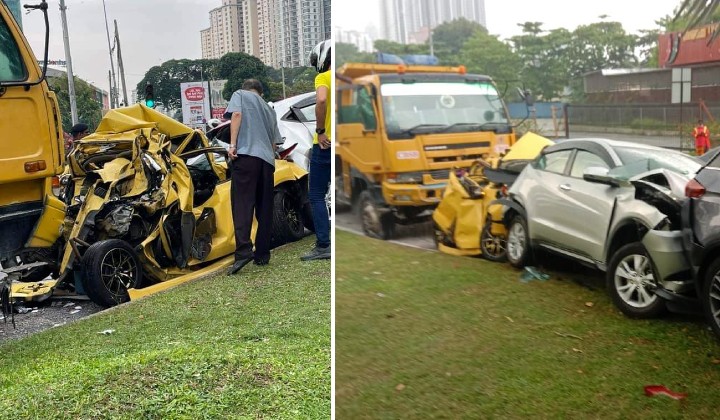 Viral videos of a horrific car accident involving 7 cars and a lorry spread around social media. The accident happened in the afternoon on Jalan Ipoh, KL.

Several different videos surfaced from the dashcams of nearby cars that showed the crash.

The videos showed a large yellow lorry that seemed to be out control, slamming into a row of cars waiting at the traffic light. We counted a total of 7 cars affected in the pile-up.

A yellow Myvi was completely crumpled as it took the full force of the lorry. However, its driver was seen climbing out of the wreckage after passersby managed to pry open a gap for him to crawl through.

UPDATE: The driver was later found to be on drugs.