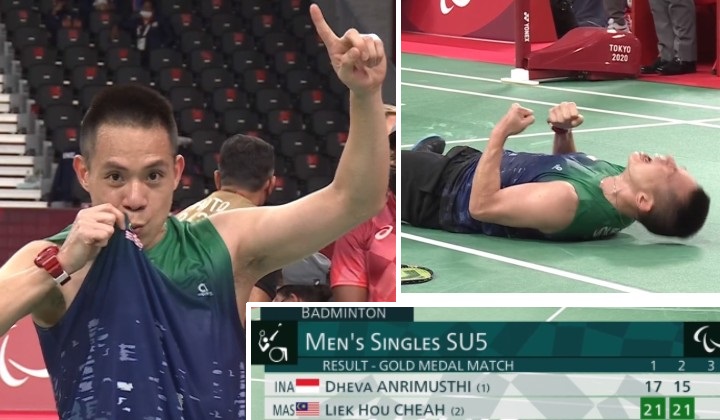 The 33-year-old World No. 2 was up against Indonesian arch-rival Dheva Anrimusthi in a 0-2 victory.

It was Liek Hou’s ninth match against Dheva, who previously beat him as the world champion in a competition two years ago in Basel, Switzerland.

Liek Hou was born with Erb’s Palsy, a form of paralysis in the upper arm due to injury of the nerves caused during development in the womb.

Due to his impairment, he can not lift his arm above his shoulders.

I just loved, loved, loved badminton [growing up]. So I didn’t think for one second that I should stop playing because I have an impairment. My right shoulder was weak, yes, but I didn’t spend any time worrying about it.

Malaysia Wins First Medal At The Paralympics And It’s A Gold!