The ART is said to be a greener, cheaper mode of public transport. 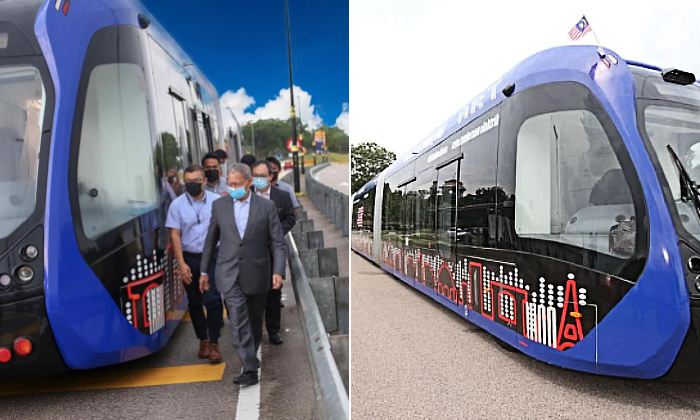 The Sepang Municipal Council (MPSepang) confirmed that a three-month pilot project for the tram line was in the works for 2022, during which the ART system will undergo real-world testing between Persiaran Rimba Permai and Persiaran Bestar.

Think of the ART as a mix of busses, light rail transit (LRT) and trams that run on street level. Instead of having tracks made for the tram on the road itself, the ART system will be driving on wheels and navigate itself on a virtual track.

The tram will be fully electric and is self-driving, but can function manually with a driver behind the controls.

Each tram will be made up of three carriages able to accommodate around 307 passengers at a time and travel at up to 70km per hour.

The project may also help Cyberjaya reduce its carbon emissions by 40% by 2030 and be the future of the city’s public transport.

Local governments in Johor Bahru and Kuching, Sarawak have also shown interest in the ART system, and it is also said to come recommended by the Transport Ministry’s Road Transport Department (JPJ) as a viable means of public transit.

Johor Bahru also had a trial run of the ART along with a fleet of electric busses on its roads under the Iskandar Malaysia Bus Rapid Transit (IMBRT) project which began in January.

Check out how it moves;

While Kuching city was set to launch their pilot project sometime in 2023 and expect the ART system to be fully operational by 2025.

The future of public transport?

Experts at the Malaysia Institute of Transport (MITRANS) says that the ART is green and cheaper to run and maintain.

Electric trams are also a common sight in the city streets of Europe as well as places like China.

Looking back at the past, we here in Malaysia already had an operational tram system in George Town, Penang back in the 1900s, built and operated by the British, and was later shut down in favour of busses and other modes of transportation.