The PJD Link proposes to connect Petaling Jaya and Damansara with a highway that towers over residential houses and businesses. 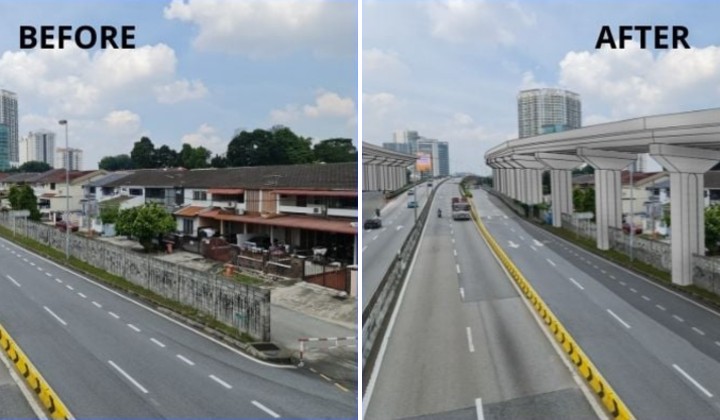 However, residents have not been keen on the new development at all.

Residents claim that a mega-elevated highway will affect the quality of life of residents and business owners in the area. Even visitors to the area will be affected.

The proposed routes will cut through residential areas and popular shop lots, as seen in this mockup by protest group Say No To PJD Link.

The group is made up of Petaling Jaya residents who have previously protested the controversial Kidex (Kinrara-Damansara Expressway) Highway. Kidex Highway was scrapped in 2015.

The group also has 4 demands:

Almost 2,000 protestors have signed the group’s petition on their website, which is only open for registered residents or business owners in the areas affected by the proposed development.

Residents have also taken to putting up signage on their homes to protest the highway. If you’ve driven around PJ, you may have seen some.

Non-residents are tired of more developments too

Even those not living in affected areas have expressed criticism of the proposed highway. Many suggest that the solution to Malaysia’s bad traffic should be better public transport, not more highways.

Remember this if anyone ever says that cities don't have the space or money for bike lanes, bus lanes, and wider sidewalks

There's plenty of money and plenty of space. Government at all levels just chooses to plough all of it into more expressways and car-centric infrastructure https://t.co/gdVOwqLDQM